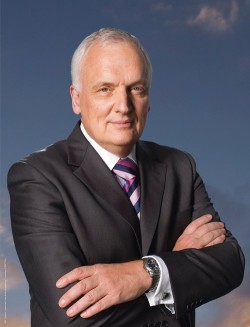 Nik Gowing was a leading news presenter for the BBC’s international 24-hour news channel BBC World News from 1996 to 2014. He presented The Hub with Nik Gowing, BBC World Debates and Dateline London as well as on location coverage of major global stories. For 18 years he worked at ITN where he was bureau chief in Rome and Warsaw, and Diplomatic Editor for Channel Four News (1988-1996). He has been a member of the councils of Chatham House (1998–2004), the Royal United Services Institute (2005–present), the Overseas Development Institute (2007-2014), the board of the Westminster Foundation for Democracy including vice chair (1996-2005), and the advisory council at Wilton Park (1998-2012). In 1994, he was a fellow at the Joan Shorenstein Barone Center in the J. F. Kennedy School of Government, Harvard University. Mr Gowing has extensive reporting experience over three decades in diplomacy, defence and international security. He also possesses much sought-after analytical expertise on information management in the new transparent environments of conflicts, crises, emergencies and times of tension. He is the author of a peer-reviewed study entitled Skyful of Lies and Black Swans for the Reuter’s Institute, Oxford. It predicts and identifies the new vulnerability, fragility and brittleness of institutional power in the new all-pervasive public information space (It can be downloaded free online after registration). In 2014 he was appointed Visiting Professor at Kings College, London in the School of Social Science and Public Policy. Mr Gowing is a member of the World Economic Forum’s Global Agenda Council on Geo-Economics. He was awarded Honorary Doctorates by Exeter University in 2012 and Bristol University in 2015 for both his ongoing cutting edge analysis and his distinguished career in international journalism.

All session by Nik Gowing