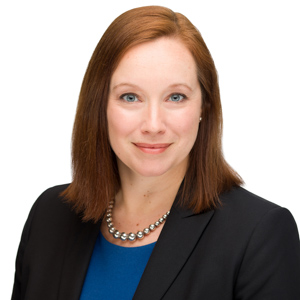 Molly Montgomery is a vice president in the Europe practice at Albright Stonebridge Group. She is also a nonresident fellow in the Center on the United States and Europe at the Brookings Institution, where her work focuses on Central and Eastern Europe, the Western Balkans, and trans-Atlantic security.

A veteran of the U.S. Foreign Service, Montgomery served most recently in the White House, where she advised the vice president on strategy, policy development, and engagement toward Europe. Her other assignments included U.S. Embassies Riga, Sarajevo, and Kabul and U.S. Consulate General Dubai. At the State Department, she served in the Office of the Secretary and the Office of Eastern European Affairs.

Montgomery is a frequent commentator on U.S. foreign policy and European affairs who has appeared in publications such as the Washington Post, Foreign Policy, and Politico. She earned a Master in Public Administration in international relations from the Woodrow Wilson School at Princeton University and holds a bachelor’s in political science and history from Stanford University. She is a recipient of the Thomas R. Pickering Foreign Affairs Fellowship and a graduate of MIT’s Seminar XXI program.

All session by Molly Montgomery