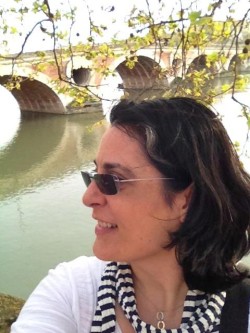 Dr. Orli Fridman is the Academic Director of the SIT Study Abroad program in the Balkans (Peace and Conflict Studies in Serbia, Bosnia and Kosovo) and Associate Professor at the Faculty of Media and Communications (FMK), Singidunum University where she heads the Center for Comparative Conflict Studies (CFCCS). Orli received her PhD at the School for Conflict Analysis and Resolution (SCAR), George Mason University. Her interdisciplinary research interests focus on the internal dynamics of societies in and after conflict, the role of social memory studies in teaching and researching post-conflict transformation, and critical approaches to encounters between groups in conflict.  Orli’s recent and upcoming publications include: Alternative calendars and memory work in Serbia: anti-war activism after Milošević (Forthcoming, Memory Studies, 2015); Memories of the 1999 NATO bombing in Belgrade, Serbia (Forthcoming, Intervention and Statebuilding); Structured Encounters in Post-Conflict/Post-Yugoslav Days: Visiting Belgrade and Prishtina (Civil Society and Transitional Justice in the Balkans, 2013); and It Was Like Fighting a War with Our Own People: Anti-War Activism in Serbia during the 1990’s (Nationalities Papers 39, 2011).

All session by Orli Fridman