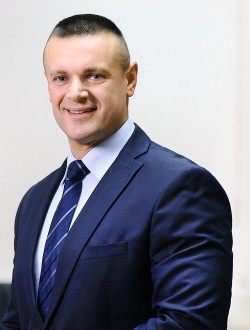 Miro Miskin has been the Director of Security and Internal Control at the telecommunication company Mtel, Banja Luka since 2013 and has held the position of Manager of Information Security in accordance with the Standard ISO/IEC 27001:2013 since 2014. From 1997 to 2013 he worked at the Ministry of Interior of the Republic of Srpska, concluding his career in government service as the Commander for Operative-Educational Affairs with the function of Deputy Commander of Special Police Forces of the Republic of Srpska.

All session by Miro Miskin