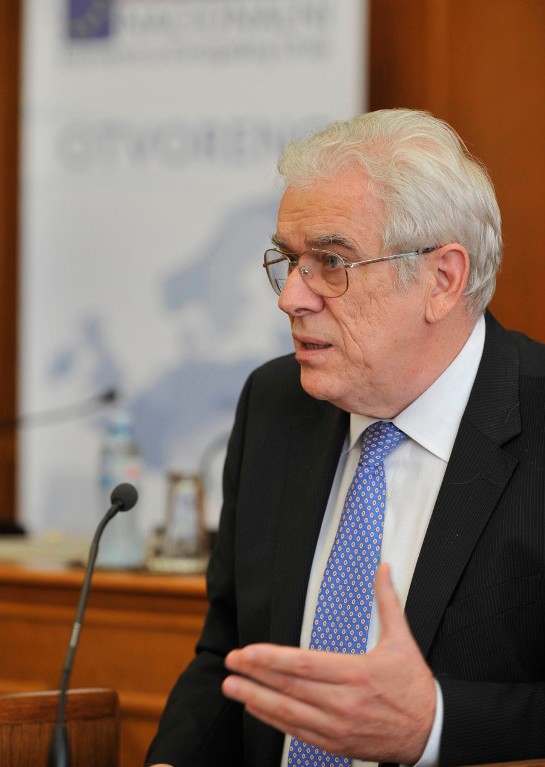 Professor Mihailo Crnobrnja has been the president of the European Movement in Serbia since 2015. He is a professor emeritus at the Faculty of Economics, Finance and Administration, Singidunum University in Belgrade. He teaches courses on European integration and the theory and policy of sustainable development. He got an M.A. in 1970 from the University of Maryland (USA) with a thesis in the field of development, and received his PhD from the Faculty of Economics at the Belgrade University in 1978. He began his academic career in the USA as a teaching assistant, and continued at the Faculty of Political Science from 1974 to 1989, when he was appointed Ambassador of the SFRY to the European Economic Community (1989-1992). After the disintegration of Yugoslavia, he moved to Canada, where he became an adjunct professor at McGill and Carleton Universities and a visiting professor at the College of William & Mary. He was a Minister for Economic Planning and Development in the Government of the Republic of Serbia (1986/1989), Director of Corporate and Regulatory Affairs at British American Tobacco, and in 2002 he founded and led the European Integration Unit, which later grew into a sector and finally evolved to the Office for European Integration.  He is the author or editor of 9 books including the Yugoslav Drama, published by McGill University Press.

All session by Mihailo Crnobrnja