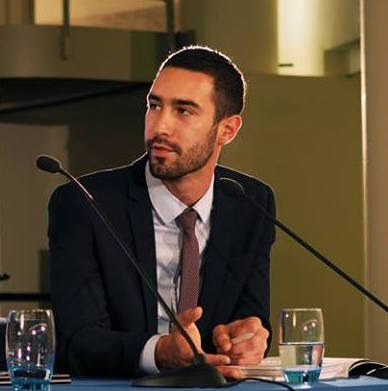 Mario Mažić established the Youth Initiative for Human Rights (YIHR) in Croatia in late 2008 and is currently working as its Director of Programs. He chairs the Coordination of the Youth Initiative for Human Rights Regional Network. Mr. Mažić was born in Sisak and grew up between Petrinja and Sisak due to war events in the 1990s. He enrolled at the Faculty of Political Science in 2006 (Citation) and finished a short academic program in International Relations and Political Science at the University of Oslo, Norway (2008) and Northwestern University’s Study Abroad program in Croatia, focusing on History and Literature (2010). In 2012, he participated in a Fellowship program in Historical Dialogue and Accountability at the Institute for the Study of Human Rights at Columbia University, New York. During high school, he hosted and edited a show on youth topics on a local radio station. Also in high school, he joined the Croatian Helsinki Committee Youth Group, and was later its coordinator before becoming an associate in the CHC’s Human Rights Education Program. He is a board member of the Humanitarian Law Center in Kosovo and the Secretary General of the Paris-based European Grassroots Antiracist Movement. He worked as a consultant for several NGOs, including the Istanbul-based Truth, Justice, Memory Center.

All session by Mario Mažić