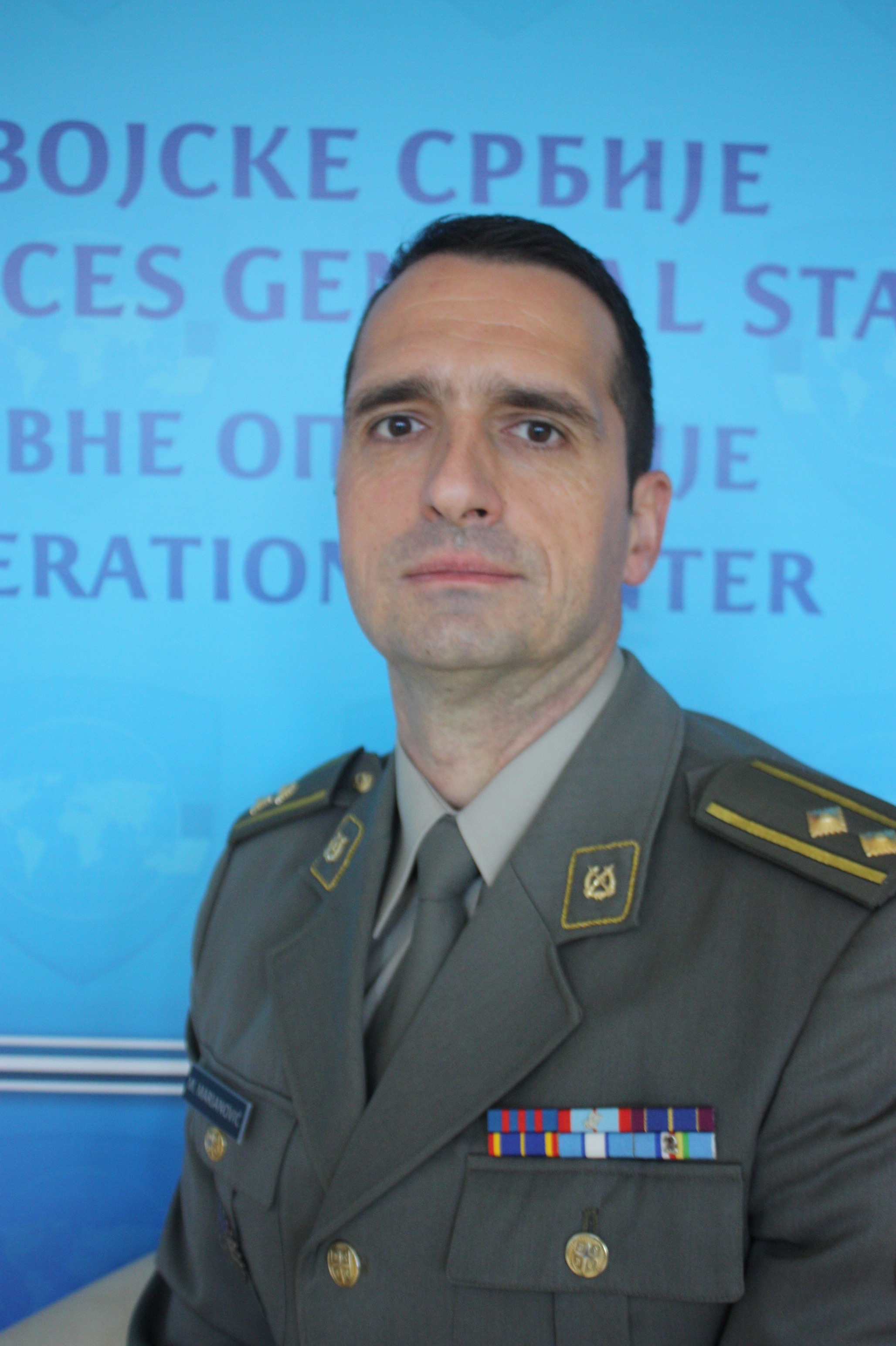 Lieutenant Colonel Marko Marjanović is the Head of Planning, Coordinating and Tracking Cell in the SAF Peacekeeping Operations Center in Belgrade.

Lt Col Marjanović is a honor graduate of the Serbian Military Academy, Belgrade, class of 1999 and US Army Command and General Staff College (CGSC) in Fort Leavenworth class of 2013.

He holds the masters degree in security studies on topic of Cultural identity and security in the Western Balkans. Recently, he attended Gender Mainstreaming in Peacekeeping Operations and Gender Mainstreaming in Mediation Course in Conflux Center in Belgrade and brings to the table his experience and analysis of gender issues and practices from Serbian prospective in regular military training and UN peacekeeping.

He speaks Serbian, English and French.