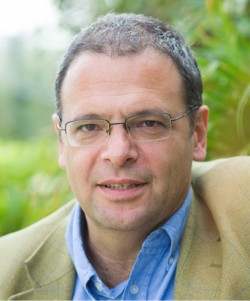 Julian Popov is a Fellow of The European Climate Foundation, Chairman of the Buildings Performance Institute Europe and the Good Will Ambassador for Energy and Climate Policies of Bulgaria. He currently leads the South East Europe Initiative which catalyses high level energy policy cooperation among countries in wider South East Europe, including Turkey and the Western Balkans. Julian is a former Minister of Environment of Bulgaria and energy security adviser to the Bulgarian President, the founding CEO and current Board Member of the New Bulgarian University, the former of the Bulgarian School of Politics and the co-founder of the Tunisian School of Politics. He has been voted twice as one of the 40 most influential voices in European energy policy (by EurActive). Julian is the author of two books, co-author of several books and writes regularly on current affairs, climate and energy policies and energy security.