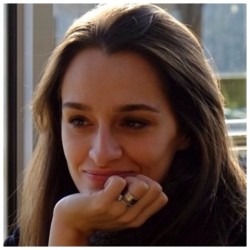 Jeta Krasniqi holds a MA in International Affairs from the Johns Hopkins University School of Advanced International Studies and a BA in International Affairs from the Eastern Mediterranean University (Turkish Republic of Northern Cyprus). She has a longstanding engagement with civil society organizations on advancing women’s participation in decision making in Albania and Kosovo. Ms. Krasniqi currently holds the position of Programme Manager with the Kosovo Democratic Institute where she manages the programme on strengthening the oversight role of the Assembly towards the Government and increasing the participation of citizens in the EU facilitated dialogue between Kosovo and Serbia. Ms. Krasniqi joined the Office of the President in February 2012 as consultant of the UNDP/KFOS Community Development Fund Programme. From August 2012 to 2016 she served as a Political Advisor to the then President of Kosovo on gender equality issues. During the Presidency she was especially engaged on raising awareness and advocating support for female victims of violence during the conflict.

All session by Jeta Krasniqi