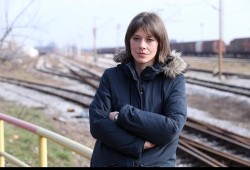 Ivana Dragičević, as a part of the creating team of N1 Television, created the television program concept, and a year later she became an executive producer of international contents. Today, in collaboration with CNN she leads the daily emission ‘Global’, which highlights key global topics of the day. She is the author and host of the monthly show ‘The Balkans in Europe’ from the European Parliament. Before N1 Television she worked for HRT, where she was reporting on foreign policy, author of the award-winning project ‘Anima Hotel Europe’, and magazine ‘Horizons’. During her long career she has reported from many of the world’s hot spots and interviewed statesmen, including the Syrian President Bashar Al-Assad. She was also a correspondent of HRT from Belgrade and author of numerous current affairs documentary stories. She has received three annual awards: “Marija Jurić Zagorka” of the Croatian Journalists Association for the best stories and emissions, and HRT’s award ”Koško Martinović” for the best annual story. Ivana is alumna of the Reuters Foundation, ARD/ZDF Medien Academy, Moscow School of Political Sciences, United Nations’ Academy and Academy for Political Development.

All session by Ivana Dragičević