Chair of the Board, Centre for Liberal Strategies 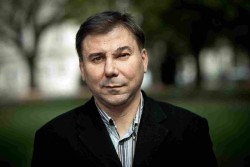 Chair of the Board, Centre for Liberal Strategies

Ivan Krastev is the Chairman of the Centre for Liberal Strategies in Sofia, Permanent Fellow at the Institute for Human Sciences in Vienna and he is the 2013-14 Richard von Weizsäcker Fellow at the Bosch Stiftung in Berlin. He is a founding board member of the European Council on Foreign Relations, a member of the Advisory Board of the ERSTE Foundation, a member of the Global Advisory board of Open Society Foundations, New York, and a member of the Advisory Council of the Center for European Policy Analysis (CEPA) and the European Cultural Foundation (ECF). He is also associate editor of Europe’s World and a member of the editorial board of the Journal of Democracy and Transit – Europäische Revue. From 2004 to 2006 Mr. Krastev was Executive Director of the International Commission on the Balkans chaired by the former Italian Prime Minister Giuliano Amato.  He was the Editor-in-Chief of the Bulgarian Edition of Foreign Policy and was a member of the Council of the International Institute for Strategic Studies, London (2005-2011). His latest books in English are Democracy Disrupted. The Global Politics on Protest (UPenn Press, May 2014); In Mistrust We Trust: Can Democracy Survive When We Don’t Trust Our Leaders? (TED Books, 2013); The Anti-American Century, co-edited with Alan McPherson, (CEU Press, 2007) and Shifting Obsessions: Three Essays on the Politics of Anticorruption (CEU Press, 2004). He is a co-author with Stephen Holmes of a forthcoming book on Russian politics. He was ranked in Prospect’s 2013 list of World Thinkers.

All session by Ivan Krastev

BSF Discussion: Saving Democracy: Cooperation and Solidarity in the Aftermath of the Pandemic