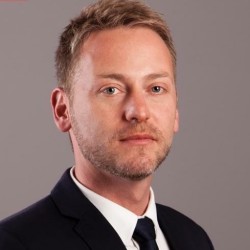 Ilir Deda has over a decade and a half experience of work in national and international public and non-governmental institutions. His work has influenced decision-making and policy development both at national and international level regarding Kosovo. He has extensive knowledge of national, regional, and international affairs, governance, security and institution building. Ilir Deda is a Member of Parliament of Kosovo, second term, from the liberal-democratic Alternativa party, which he cofounded. He is also a lecturer at the University of Business and Technology in Pristina, teaching Public Policy. Ilir Deda was Executive Director of Kosovar Institute for Policy Research and Development (KIPRED). He also served as the Chief of Staff and Senior Political Advisor to President Atifete Jahjaga. Deda worked with KIPRED since 2008, first as the Research Director, and afterwards as the Executive Director. He also worked as a policy specialist for UNDP HQ in New York; researcher at the Graduate Program in International Affairs of the New School; researcher at the Geneva Centre for Security Policy; was a political advisor to the first Kosovo Prime Minister (Bajram Rexhepi); and was an Analyst for the International Crisis Group in Kosovo. He is also the author of 2008/09/10 Kosovo reports of Freedom Houses’ Nations in Transit annual publications. Ilir Deda has a Master of Arts from The New School University (New York City) and a Bachelor of Arts in Political Science. He has also published over a dozen papers both in Kosovo and abroad.

All session by Ilir Deda