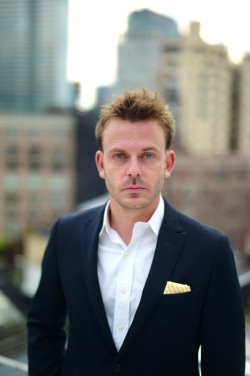 Franz-Stefan Gady is a Senior Fellow at the East West Institute, where he was a Program Associate and founding member of the Worldwide Cybersecurity Initiative. He has previously worked as an adjunct research assistant at the Institute for National Strategic Studies of the National Defense University in Washington D.C. focusing on regional security issues. He was also an analyst for the Project on National Security Reform, a congressionally funded non-profit organisation founded to reform the national security structure of the United States. He holds an MA in Strategic Studies/International Economics from the School of Advanced International Studies, Johns Hopkins University. His research interests include civil-military relations, revolution in military affairs, cyber-diplomacy and the politics of South Asia. He has written extensively on these issues, has worked closely with the Indian government on cyber-security, has been embedded with the U.S. Army in Eastern Afghanistan to report on the ongoing insurgency, and has helped facilitate talks between Afghan and Pakistani officials under the framework of the Abu Dhabi Process. He is also a regular contributor to The National Interest and ChinaUSFocus.com.

All session by Franz-Stefan Gady

Session 2: The Essential Need to Cooperate: Multi-stakeholders, National and/or Regional Cooperation for Cyber-Security in the Western Balkans