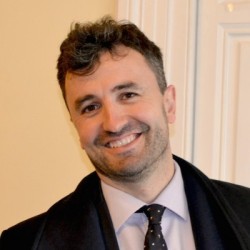 Francisco de Borja Lasheras joined the European Council on Foreign Relations in October 2013 as Associate Director of the Madrid Office and Policy Fellow and assumed the position of Director in June 2016. Prior to ECFR, he served as the Spanish Permanent Representation to the OSCE, and spent several years in the Western Balkans, as seconded National Expert to the OSCE Missions in Bosnia and Herzegovina, in the field, as a human rights officer, and in Albania, with the Head of Mission. Between 2007 and 2009 he worked for the Fundación Alternativas´ Observatory of Spanish Foreign Policy (Opex), as Coordinator on Security and Defence Policy, and taught comparative European politics at the George Washington University in Madrid.  Borja graduated summa cum laude at the Deusto University´s Faculty of Law and holds a Master’s Degree from Harvard University, where he studied international relations and politics. He has been published on multilateral diplomacy, the Western Balkans, Ukraine, institution-building, enlargement and security policy.