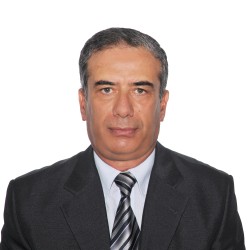 Rtd. Col. Foto Duro graduated in 1981 from the Skënderbeg Military Academy in Tirana. His education also included post-graduate studies at the Defense Academy of Tirana (1993) and the US Army Command and General Staff College, Kansas (2002). In addition, he has attended a number of specialization courses abroad, focused on the area of Military Decision Making, Defense Resources Management (USA and UK) and on Global Security issues (USA, Germany and Switzerland). In the course of a military career spanning over 30 years, Col. Duro served in a variety of positions, from company up to division level. In the Albanian General Staff, he served as Director for Defense Planning and Director General. In the last two years of his military career, until his retirement in September 2012, he held the position of Policy Director at the Albanian Ministry of Defense. While holding these positions, he was involved in the preparation of a number of strategic documents as well as reports to NATO, within the framework of the Membership Action Plan. Recently, Col. Duro completed his PhD studies at the Defense Academy of Tirana, focusing on the enhancement of defense planning in the Albanian Armed Forces. Shortly after his retirement from service, he joined the Institute for Democracy and Mediation (Tirana), where he is involved in several projects studying and providing advocacy on the democratization and Europeanization of security sector institutions in Albania. Col. Duro is married to Elsa and they have two children, a son and a daughter, both attending university.

All session by Foto Duro