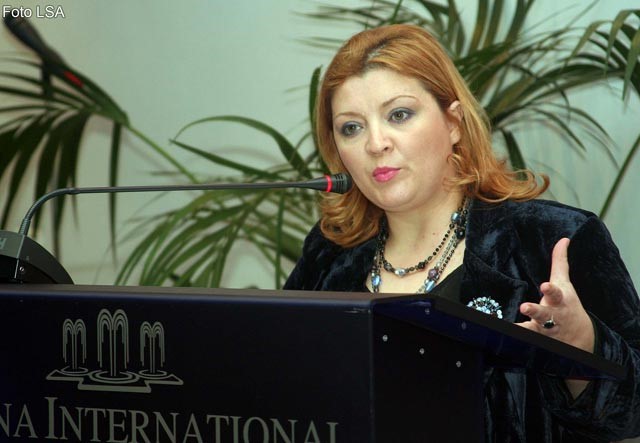 Edith Harxhi is the Executive Director of Albanian Policy Center, a conservative think tank that deals with policy drafting, analysis and research on international affairs, Albanian foreign policy and governance, security and relations among South-East European countries and their European and trans-Atlantic relations. Prior to serving in this position, Ms. Harxi served as the Principal Deputy Foreign Minister of the Republic of Albania from December 2005 to September 2013. While serving in this post, Ms. Harxhi was responsible for overseeing Albania’s bilateral relations, multilateral diplomacy and its relationships with international organisations, as well as dealing with NATO and the EU integration process. She also dealt with Albania’s relations with South-East European countries, the Western Balkans and Albanians living in the region. Ms. Harxhi served for many years as a Special Envoy of the Albanian Government for the recognition of Kosovo’s Independence, visiting many world capitals and international organisations in order to lobby on Kosovo’s behalf. She led numerous Albanian delegations abroad and represented Albania at dozens of international events and high-level conferences. Ms. Harxhi has also worked extensively on energy issues and was in charge of the political negotiating team for the Trans-Adriatic Pipeline. Prior to her appointment as the Principal Deputy Foreign Minister of the Republic of Albania, Ms. Harxhi worked with the United Nations, and served as an advisor to the Deputy Special Representative of the United Nations Mission in Kosovo where she covered policing and justice issues as well as minorities and gender affairs. From 2003 to 2005 she worked as a UNDP international consultant, advising the Prime Minister of Kosovo on security affairs and the establishment of the Office of Public Safety. She also served in the UNMIK Office for Gender Affairs and co-drafted, in partnership with womens’ groups from the parliament and civil society, the first Gender Equality Law of Kosovo. Ms. Harxhi received a Master’s Degree with Honours in Political Science and International Relations from the University of Edinburgh, United Kingdom. She has been actively involved in the academic and political debate on the question of Kosovo and is specialised in politics and society in the Balkans. Ms. Harxhi is fluent in Albanian, English, Turkish, Italian and has an intermediate-level understanding of French.

All session by Edith Harxhi