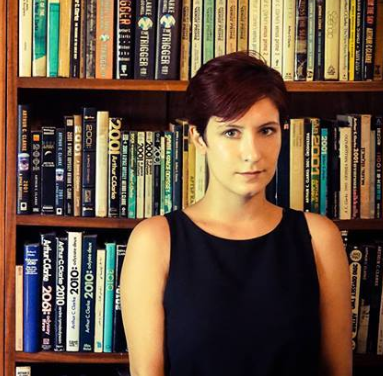 Dona Kosturanova is the Executive Director of the Youth Educational Forum, one of the largest national youth-led organizations, where she was previously an active member. Until 2014 she was Vice-President of the National Youth Council , the national umbrella organization of youth and for-youth organizations. Ms. Kosturanova and YEF played a key role in the establishment of the organization and are among its founders. She is one of the founders of Radio MOF, an independent youth-led media and online radio station established by YEF in 2011, providing objective, professional and trend-setting informing on youth, education and civil society and giving voice to engaged groups all over the country. She was the regional coordinator for Europe within the informal Global Youth Against Corruption Network. As an activists and individual, she has been engaged with many movements and groups advocating for respect of fundamental rights and rule of law.  Ms. Kosturanova helped write three youth-oriented publications, was a National Debate Champion in the high-school league and has been a Benjamin Franklin Transatlantic Fellow from ’06.

All session by Dona Kosturanova