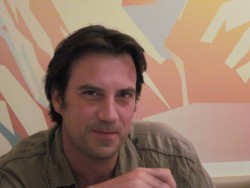 Dimitar Bechev is Senior Visiting Fellow at the European Institute, London School of Economics (LSE), and lectures in international politics at Sofia University. He was formerly Director of the Sofia Office at the European Council on Foreign Relations (ECFR) where he covered Turkey and the Western Balkans. Dr. Bechev is also affiliated with South East European Studies at Oxford (SEESOX), a research unit within St Antony’s College, Oxford. He has published extensively, in both academic and policy format,  on EU foreign and enlargement policy, South East Europe, Turkish politics and Russia’s presence in the Balkans, and is often quoted by renowned international media such as the Economist, Financial Times, CNN, and the Wall Street Journal.  His latest paper is entitled Turkey’s Illiberal Turn (ECFR, July 2014). Dimitar Bechev holds a D.Phil (2005) in International Relations from the University of Oxford.