Deputy Prime Minister of Kosovo and Minister for Communities and Return 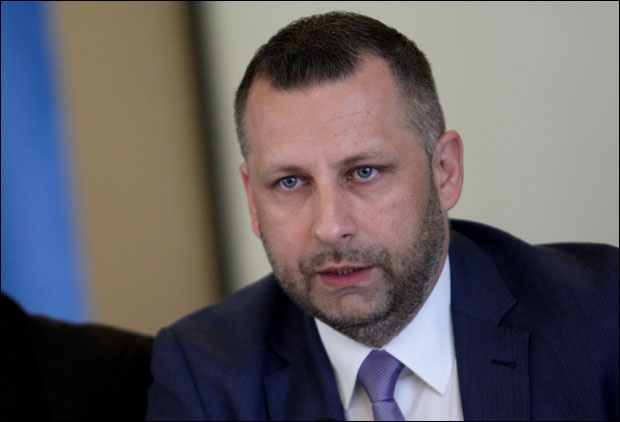 Deputy Prime Minister of Kosovo and Minister for Communities and Return

Dalibor Jevtić is a Serbian politician, former Deputy Mayor of Štrpce, as well as former and current Minister for Communities and Return and Deputy Prime Minister in the Kosovo Government. Dalibor Jevtić was born in Priština, where he lived until 1980. He finished Elementary and High school in Smederevo. After the war, in September 1999, he decided to return to Kosovo. In April 2000 he started to work for an American company KBR, Inc. at Camp Bondsteel, near Uroševac. From March 2006 to September 2009 he worked in Iraq for the same company as the manager of a military base of the US Army. The Government and the Army of the United States rewarded him several times for outstanding contribution while working in Kosovo and in Iraq as a project manager for the support on projects of the United States Army in peacekeeping missions in Iraq and Kosovo. He started his political career in the Independent Liberal Party in October 2009, when he participated in the local elections in Štrpce. In October 2009 he started working as an Adviser and Head of the Cabinet of the Mayor of the Municipality of Štrpce. In February 2010 he became a senior official of the Independent Liberal Party when he was elected Director of the Party. In March 2010, he took up the position of Executive Director and Director of Public Relations in the municipality of Štrpce. In March 2013 he became a Minister for Communities and Return in the Kosovo Government. As Minister he dealt with the problems of returnees, and worked on the survival of the Serbian people in Kosovo. During his mandate more then 400 houses were built and realized several projects within the support process of return and survival. After the election in 2014 and the end of the mandate of the Government of Kosovo he returned to the local government where in March 2015 he became Deputy Mayor of Štrpce. In April 2015, on the proposal of the Serbian List, he returned in the Ministry of Communities and Return. Previously, in 2014 due to the disagreement with the policy of the Independent Liberal Party he left this political party and together with his colleagues joined the Serbian Progressive Party in September 2015.

All session by Dalibor Jevtić