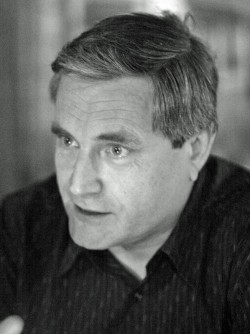 Christopher Coker is a Professor of International Relations at the London School of Economics and former Head of Department. He was Adjunct Professor at the Norwegian Staff College from 2006-11 and Visiting Guest Scholar at the National Institute for Defence Studies (Tokyo) and Visiting Fellow at the Rajaratnam School of International Studies, Singapore. His most recent book is Warrior Geeks: how technology is changing the way we fight and think about war.  He was a NATO Fellow in 1981.  He served two terms on the Council of the Royal United Services Institute.  He is a serving member of the Washington Strategy Seminar; the Black Sea University Foundation; the Moscow School of Politics and IDEAS .  He is a member of the Academic Board of the Czech Diplomatic Academy.  He is on the Advisory Board of the Brenthurst Foundation (Johannesburg). He was a Visiting Fellow of Goodenough College in 2003-4.  He is a former editor of The Atlantic Quarterly and The European Security Analyst.  He has written for The Wall Street Journal; The Wall St Journal (Europe); The Times; The Independent; The European, The Spectator, The Times Literary Supplementand The Literary Review. He is a regular lecturer at the Royal College of Defence Studies (London); the NATO Defence College (Rome), the Centre for International Security (Geneva) and the National Institute for Defence Studies (Tokyo) He has spoken at other military institutes in Western Europe, North America, Australia and South-East Asia.

All session by Christopher Coker

Thematic discussion 2: China’s New Role in a World in Crisis