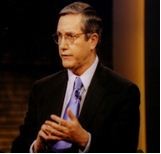 Bruce Jackson is the founder and President of the Project on Transitional Democracies. From 1979 to 1990, he served in the United States Army as a Military Intelligence Officer. From 1986 to 1990, he served in the Office of the Secretary of Defense in a variety of positions pertaining to nuclear forces and arms control. Upon leaving the Department of Defense in 1990, Mr. Jackson joined Lehman Brothers, where he was a strategist in the firm’s proprietary trading operations. From 1993 – 2002, Mr. Jackson was Vice President for Strategy and Planning at Lockheed Martin Corporation. During 1995 and 1996, he was National Co-Chairman of the Dole for President Finance Committee. In 1996, he was a delegate to the Republican National Convention where he served on the Platform Committee and the Platform’s subcommittee for National Security and Foreign Policy. During the 2000 Presidential Campaign, he was a delegate committed to Governor Bush and chaired the Foreign Policy Subcommittee of the Republican Platform Committee. From 1995 until 2003, he served as President of the US Committee on NATO. In 2004, Mr. Jackson became a member of the International Commission on the Balkans and the Board of Directors of the “We Remember” Foundation.

All session by Bruce Jackson

Plenary Panel 1: Is there an Exit out of the European Crisis of Economy and Democracy? (in partnership with the Slovak Atlantic Commission)