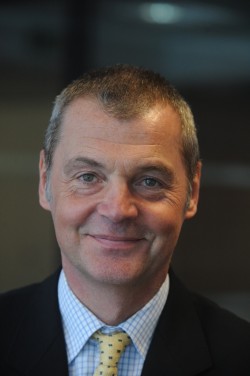 Antonio Missiroli has been the Director of the European Union Institute for Security Studies (EUISS) since October 2012. At the EUISS, he and his team of analysts have produced a number of publications examining global trends on issues ranging from climate change to the future of the Arab world and the security of the Arctic. More recently, Dr Missiroli has been closely involved in the drafting of the recent HR/VP Report on ‘The European Union in a changing global environment’, and assisted in the crafting of the EU’s Global Strategy. Previously, he was Adviser at the Bureau of European Policy Advisers (BEPA) of the European Commission, in charge of European dialogue/outreach (relations with think tanks and research centres across the Union and beyond) and publications (2010-2012), Director of Studies at the European Policy Centre in Brussels (2005-2010) and Research Fellow and Senior Research Fellow at the W/EU Institute for Security Studies in Paris (1998-2005). He was also Head of European Studies at CeSPI in Rome (1994-97) and a Visiting Fellow at St Antony’s College, Oxford (1996-97). As well as being a professional journalist, he has also taught at the Universities of Bath and Trento, as well as Boston University and SAIS/Johns Hopkins (Bologna). He is currently a visiting lecturer at the College of Europe (Bruges) and Sciences Po (Paris). Dr Missiroli holds a PhD degree in Contemporary History from the Scuola Normale Superiore (Pisa) and a Master’s degree in International Public Policy from SAIS/Johns Hopkins University. He speaks Italian, English, French and German.

All session by Antonio Missiroli