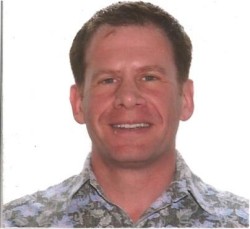 Andrew Michels is Senior Security Sector and Rule of Law Advisor at USAID. Prior to taking up his current position, Mr. Michels was Senior Civilian Advisor for the Pakistan Afghanistan Coordination Cell (JPACC) on the Joint Chiefs of Staff at the Department of Defense. Prior to joining JPACC, Mr. Michels was assigned to the U.S. Embassy in Jamaica, where he led the USAID Democracy and Governance team, overseeing implementation of a multidimensional security sector reform program. In 2010, Mr. Michels served on the Strategic Interagency Assistance Team (SIAT) in Islamabad, Pakistan. In 2008 and 2009, Mr. Michels was seconded to the International Civilian Office (ICO) in Priština, Kosovo where he served as Head of the Security Affairs Unit. The ICO is a joint US/EU organization charged with supervising Kosovo’s declared independence. Mr. Michels supervised the creation of the Kosovo Intelligence Agency, the Kosovo Security Council, and the Kosovo Civilian Aviation Authority. Mr. Michels is an Adjunct Professor at the Center for Global Affairs at New York University and the Elliott School of International Affairs at George Washington University. He is member of the International Institute of Strategic Studies, the Truman National Security Project, the Intelligence and National Security Alliance and the Academic Council of the United Nations.

All session by Andrew Michels