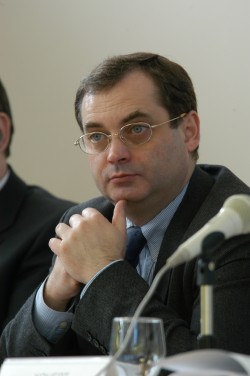 Prof. Andrei Zagorski deals with European security, post-Soviet issues, arms control and Arctic studies. From 1992 to 1999, he was Vice Rector of MGIMO-University. In 2000 and 2001 he worked in Prague for the EastWest Institute as Senior Vice-President and Director of the International Security Program. He was a faculty member of the Geneva Center for Security Policy (2002) and Deputy Director of the Institute for applied International Research (Moscow. 2002 – 2003). Between 1987 and 1991, he was an advisor to the Soviet delegations to the CSCE. As a founding member, he chaired the Russian Association for Nonproliferation between 1992 and 1995. He is a member of the International Advisory Board of the Geneva Center for the Democratic Control of Armed Forces.

All session by Andrei Zagorski