Senior Adviser/Liaison to Swiss Chairmanship, Office of the Secretary General, Organisation for Security and Cooperation in Europe (OSCE) 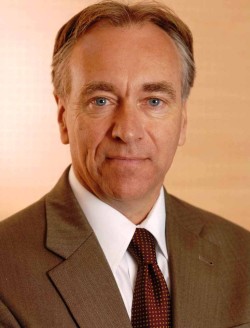 Senior Adviser/Liaison to Swiss Chairmanship, Office of the Secretary General, Organisation for Security and Cooperation in Europe (OSCE)

Amb. Fred Tanner is the Senior Advisor to the Secretary General of the OSCE and has also been appointed as a liaison for the Swiss OSCE Chairmanship in 2014.  He currently also serves on the United Nations Secretary General’s Advisory Board on Disarmament Matters and is a member of the Transatlantic Security Task Force of the German Marshall Fund of the United States (GMF). Prior to his appointment to the OSCE, Fred Tanner was for 7 years the Director of the Geneva Centre for Security Policy (GCSP), an international foundation with 45 member states.  Prior to his work at the GCSP, he was a Visiting Professor at the Graduate Institute for International and Development Studies (GIIDS/IHEID) and responsible for its Diplomatic Studies Program. From 1994 to 1997, Fred Tanner served as Director of the Mediterranean Academy of Diplomatic Studies (MEDAC) in Malta. Among other responsibilities, Fred Tanner was a member of the High-level Panel on Early Warning and Rapid Reaction of the Organisation Internationale de la Francophonie (OIF) and served on the Foundation Council of the Gulf Research Center (GRC) in Dubai from 2009 to 2012. He was also as a member of the Academic Advisory Board of the NATO Defense College (NDC) from 2010 to 2013. Mandated by the OSCE Chairmanship, he was also the Honorary Chairman of the Committee for Security Studies in Bosnia and Herzegovina, a position he held from 1999 to 2001. Fred Tanner holds a PhD and a Master’s degree from the Fletcher School of Law and Diplomacy at Tufts University, and a Bachelor’s degree from the Graduate Institute for International and Development Studies at the University of Geneva. He is fluent in English, French and German.

All session by Amb. Fred Tanner

Session 3: The OSCE 40 Years after the Helsinki Accords