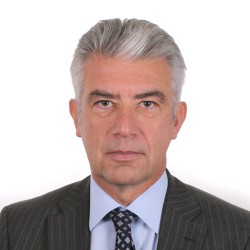 Dr. Ernst Reichel is the German Foreign Office Special Envoy for South-Eastern Europe, Turkey and the EFTA States (2013). He holds a PhD in the University of Bonn. He has been the part of the German Foreign Office since 1988. Since then, he has held positions in the International Law Division (1999), he was the Deputy Director of the Private Office of NATO Secretary General and has been the Head of Division of the German Foreign office for Ukraine, Belarus, Moldova and Eastern Partnership (2007), as well as the Ambassador in Pristina (2011). He is married with two daughters.

All session by Amb. Ernst Reichel