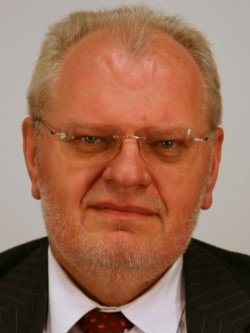 Ambassador Adam Kobieracki, currently serves as Director of the OSCE Conflict Prevention Centre (appointed in June 2011) and is also Deputy Head of the OSCE Secretariat. Ambassador Kobieracki is a Polish career diplomat, specializing in international security and arms control. He was Poland’s Permanent Representative to the OSCE and UN in Vienna 1997-2000, and between 2001-2003 and 2008-2011 he was acting Director of the Security Policy Department at the Polish MFA. From 2003 to 2007 he was NATO Assistant Secretary General for Operations. He was born in Warsaw, Poland and graduated from the Moscow State Institute of International Relations.

All session by Adam Kobieracki