Special Side Event: Awarding of the Honorary Citizen of Belgrade Title to Mr. Thorvald Stoltenberg

Special Side Event: Awarding of the Honorary Citizen of Belgrade Title to Mr. Thorvald Stoltenberg

Thorvald Stoltenberg represents one of the key international figures whose personal history is inextricably linked to the history of Yugoslavia and Serbia.

Few know that first contact with our people was through the barbed wire, as he – still a child – was one of many sympathetic Norwegians who smuggled food and medication to the Yugoslavs interred in the camps Nazi Germany established in northern Norway. This personal gesture of kindness had grown into a lifetime bond, after he, as the first secretary of the Norwegian Embassy in Belgrade in the 1960’s, contributed to the development of the relationship between Yugoslavia and Norway, which flourished after the end of the Second World War.

As an already accomplished and successful statesman, he arrived to Belgrade for the second time under very different circumstances, as the appointed Special Representative of the UN Secretary-General, with the goal of negotiating peace in war-torn Yugoslavia. In his book “Det handler om mennesker” (It’s all about the people), he described this post as the most difficult in his career. Arriving in Belgrade as one of the people who forged the Oslo Accords, he stated that he had been “[…] mediating in different parts of the world, but the main actors there wanted to negotiate. However, in the Balkans I was not convinced that the main actors really wanted to negotiate, but rather to win the war.”

As one of the main proponents of the idea of the Nordic cooperation model, Mr. Stoltenberg has maintained that one of the best solutions for the Balkans would be to recreate such a model within the framework of the EU, as a key to security and economic stability in the region.

Thorvald Stoltenberg will become one of the 30 people who officially befriended the city of Belgrade on 1 October, to the honor of both Serbia and its capital, proud to have a man of such stature as its honorary citizen. 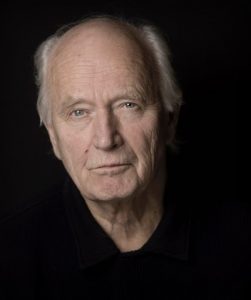 Stoltenberg has served as Norway’s Ambassador to Denmark from 1996 to 1999. He started his diplomatic career at the Norwegian Foreign Service in San Francisco (1959-61), with periods spent in Belgrade (1961-64) and Lagos (1970). His international commissions include UN Peace Negotiator in former Yugoslavia 1993-1996, UN High Commissioner for Refugees 1989-1990 and Ambassador to Norway’s Permanent Mission to the UN 1989.

From 1999 and 2008 he was President of the Norwegian Red Cross, the only president to serve three terms.