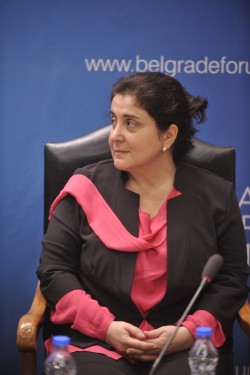 More than 350,000 people entered the EU since the beginning of the year. Some call them migrants, some call them refugees, but the essence is that these people have left their homes and countries fleeing the atrocities of war, hunger and disease. People are dying in the desert, at sea, along the road towards a better future, even in the Channel tunnel between Great Britain and France. All of this depicts their despair and their readiness to do whatever they can to reach better life.

EU member states are choosing extreme measures, coming close to violations of human rights. Bulgaria is trying to keep migrants out with a high steel security fence along its frontier with Turkey. Malta keeps them away from tourists in squalid camps on the south of the island. Hungary has also started to build a fence on its border with Serbia and those who somehow come through are locked up in prison cells or overcrowded army barracks. In Greece, conditions are so bad that most prefer to head for Italy, which tries to move them on as soon as possible. The Slovakian government stated that they would accept only Christians since they maintain that Muslims would not feel welcome. All of this is happening at the beginning of 21st century in Europe!

Arguably, one of the reasons why Europe is having such difficulty in facing this crisis is the fact that it has already been quite shaken by an economic crisis the consequences of which are still visible in all EU countries. Stagnant economic growth, less need for the work force and the high unemployment rate do not leave many opportunities for migrants. Perhaps multilateral action would be a step towards finding a solution to this problem. The European Council tried something similar in May, but such a strategy ought to be based on solidarity instead of selfish fears and territorial protection. Nevertheless, dealing with the root causes underlying these migrations would be the best way to find a solution to this crisis.