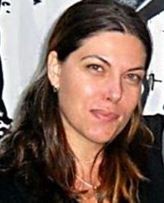 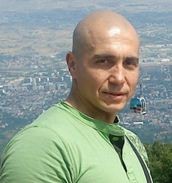 Security Challenges to the Critical Infrastructure in the Western Balkans: The Case of Macedonia

Recent terrorist attacks on infrastructure, systems and services that they provide for modern societies’ wellbeing have urged many countries to reconsider their national security strategies. These, asymmetric, network-based and unconventional threats from non-state actors have challenged Western Balkans security due to the process of transition and active involvement in the global war on terror. To be effective in critical infrastructure protection Macedonia like the rest of the Western Balkans Countries needs effective strategy that will ensure centralized planning and decentralized execution focused not just on defense against immediate threats or criminal prosecution after the fact, but on regional cooperation and preventive measures as well. Therefore, authorities need to coordinate, facilitate and stimulate all stakeholders in this process including private sector.

The Conflict and its Aftermath in South Serbia – Social and Ethnic Relations, Agency and Belonging in Presevo and Bujanovac

The low-intensity conflict that erupted in 2001 between Albanian insurgents and Serb forces in Presevo and Bujanovac did not last for long, was quickly resolved and in international security discourse commonly treated as a ‘spillover’ from the conflicts in neighboring Kosovo and Macedonia. However, the region of Presevo and Bujanovac in the south of Serbia remains volatile, not only because of frequent unofficial mentioning of the possibility of its secession from Serbia and joining Kosovo, or being ‘traded’ for the north of Kosovo, but mostly because it is an ethnically mixed region with high poverty and unemployment, low education and history of conflict. The objective of the study commissioned by the UN in Serbia and carried out by the Center for Comparative Conflict Studies at the Faculty of Media and Communications, Singidunum University Belgrade, was to analyze the consequences of the conflict for the current situation in the region. Rather than focusing solely on security issues, the research team decided to offer a perspective on the conflict and its aftermath that would present the perceptions of those living and working in the region – Albanians, Roma and Serbs, but also representatives of local and international organizations involved in development and peacebuilding – on the life in the region, interethnic relations, agency and belonging etc. The results suggest a vision of the relations in the Presevo and Bujanovac that goes beyond the usual assumptions of conflict-triggered inter-ethnic divisions, bringing in social and cultural aspects, and having important implications for the international development efforts in the region and beyond.

This paper discusses the emergence of a new international security paradigm which has shifted the attention from traditional military threats to internal threats and particularly the threat of organised crime. This shift occurred in mid 1990s and has since led to significant developments in internal and international policy making. Notably, it has become one of the cornerstones of the European security architecture and has informed a significant part of the development of the European Union as a political and security structure, as well as its own enlargement to the new democracies in Eastern Europe.  As crime has traditionally been seen and dealt with as a social problem rather than a security issue this shift has had some major implications for the internal political framework of all countries affected by the new anti-crime agenda. One of those cases, which the paper focuses on, is Bulgaria where organised crime became a key political issue since 1990s and it has since moved from the area of social to the new area of internationalised internal security policy. This was also perfumed under the conditions of shrinking social role of the state and the rise of a new state legalisms, security preoccupations and a new ‘securitocracy’. Thus all of those processes can be linked to a global trend of shrinking the welfare state and merger of internal and external security and their respective infrastructures. The paper is particularly concerned with the implications of this shift and the way they affected internal policy making and the criminological situation in the country. It looks at the process through which those changes were developed and implemented, the new legislation and emergence of actors and agencies responsible for the delivery of internal-cross-European security, and the problems that those agencies encountered mainly in their legitimacy and capacity to deliver on policy goals. The final conclusion of the paper is that the shift to security policy in the area of crime has in fact led to more crime as the traditional tools of dealing with economic deprivation and inequality were marginalised while security tools such as policing were prioritized. In that way the underlying conditions which bred crime were exacerbated and the overall effect of the security policy has been a further disconnection between policy and policy making and the situation on the ground.

What Makes Kosovo a Weak State?

The literature that I put forth in this paper starts with the critique of liberal interventionism, which emphasises the changing character of sovereignty and the societystate rift so as to explain why contemporary statebuilding has a paradoxical effect of stateweakening and state-failure. I argue that a competing literature has been emerging with the aim of stimulating more consistent explanations of state weakness. This can be done by highlighting the perennial legacy of the past in relation to the absence of the state-society interdependence. If we identify external imposition/control as the key problem of post-conflict statebuilding missions (external source of legitimacy), then the solution to encourage local autonomy for self-governing capacity should give positive results (develop domestic legitimisation). However, in practice this may not work given that the problem of postconflict societies to develop a democratic legal authority has more significant and complex origins (local context legacy of conflict; society-state gap). Furthermore, liberal-democratic measures and standards that define contemporary statebuilding are implemented improperly not necessarily because they are imposed and given a different character, but because they are in conflict with the internal pre-established fracture between the state and its population. In the case of Kosovo, the post-1999 statebuilding efforts starting with UNMIK, the role of NATO and afterwards the primary influence of the EU, thus the external administration of the province (cause A), have been criticised for creating a certain degree of dependency on legitimacy from outside, in the detriment of democratisation and domestic legitimacy (Chandler, 2004, 2010; Ignatieff, 2003; Lemay-Hebert, 2008; Tansey, 2007; Weller, 2008; Zaum, 2007). As a consequence, the progress of statebuilding in Kosovo has started to encourage and implement local autonomy (EULEX, declaration of independence) (solution a). However, the more significant and perhaps the real cause is the dual legacy of conflict and communism (cause B), which has been manifesting in several ways including ethnic, social and political division, the absence of national cohesion, economic dependency and security issues. Once statebuilders begin to to understand better the cause behind Kosovo’s permanent state weakness and limits that work in the detriment of sustaining a functional model of governance, the focus will turn to finding answers to step forward from the legacy of the past. Given that one of my hypotheses affirms that state weakness may benefit from a more consistent explanation by focusing on endogenous causes of the state-society rift, the empirical element of my thesis will consist of an investigation of this rift within the judiciary and the implementation of the rule of law. Following on the distinction between understanding sovereignty as control and as responsibility, I intend to examine the judicial and rule of law capacities in the ethnically divided North Kosovo from two perspectives: (1) the status and role of the Kosovar state as indicated by the authority of Mitrovica in its jurisdiction (control) in balance with (2) the responsibility of the state to respect the rights of its citizens to equal, independent and effective justice. Respecting these rights is a common problem in North Kosovo for both Serbian and Albanian communities, which therefore suggests a preference of state-authority for developing sovereignty as control.