Academic Event – Peace-Building and State-Building in the Western Balkans 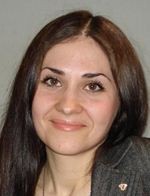 Academic Event – Peace-Building and State-Building in the Western Balkans

Preventing State Failure in Western Balkans in Post-crisis Period:Lessons to be Considered

The present state of the art in the academic discipline of International Relations suggests challenges posed to the international system – most evidently, by those indicating the gradual decline of state as a key player in the chessfield of international affairs. The shift of focus is evident, since the classic domain of state prevalence – security is now likely to come to the hands of new players. Several regions of the world are defied by the abundance of statelessness and failure of the State as a key player in contemporary international relations to carry out its duties in political process leads to humanitarian failure. Thus, in order to obtain algorithms to prevent these tragedies in post-conflict societies of Western Balkans, there is a pressing need to scrutinize links between state failure and security.  Moreover, the examination of the prism that distorts state rule in Western Balkans is necessary to account for the possible global threats of state failure\collapse in each and any of the countries of the region. Mainly, it is the demonstration of transfer of problem of local misgovernance to the international level of threat hierarchy. To create a viable scheme for prevention of state failure in Western Balkans, it is imperative to consider the vital local structural issues in theoretical terms. For this, several grand issues are to be covered:

-What are the schemes\pathways of state failure in Western Balkans?

– Is there any relation between type of governance and potential state failure in each of the countries of the region or there is a general failure factor?

-What are the threats that governance failure and state failure in post-crisis Western Balkans may bring to international security in new global world order?

This paper covers both theoretical and practical issues. It highlights that the failure of the key player to carry out its duties in political process leads to humanitarian failure and catastrophe such as seen in Western Balkans. Thus, in order to obtain algorithms to prevent these tragedies, there is a pressing need to scrutinize links between state failure and soft security, since it is still the state which is vested with the responsibility to safeguard its citizens in these countries.  Moreover, the examination of the prism that distorts state rule is necessary to account for the new possible global threats that state failure\collapse may bring. The paper demonstrates how the local poor governance in Western Balkan states and, eventually, state failure are brought to a higher level of threat hierarchy in International Security. It is important that this paper focuses on theoretical assumptions of state failure and its theoretical interrelation with soft security issues, as previous works in this area tend to focus either on the history of the process of state failure as such, or on the problems of  security in general. In my mind, a relation between the state failure and soft security in the Western Balkans is a new analytical context to assess.

Most theoreticians consider the Balkan region as a laboratory of history where plenty of political experiments took place. Conflict resolution strategies implemented in the region make no exception to that.  Bosnia Herzegovina (BiH) is still one of the most instable actors in the region, proving that a failed state-building brings with it a failed security community building. The main focus of the paper will be put on the actions of the International Organizations such as NATO, UN, OSCE and EU taken after the Dayton Agreement aimed at peace-building. All these actions to preserve security and stability in BiH were focused on bringing ethnic conflicts to an end and build democratic institutions. That is why there should be given more attention to the connection between state building patterns and strategies of security community building as two political phenomena directly correlated. In order to make a clear argument of this idea, the theoretical framework of the analysis will be determined by the constructivist theory of security community building developed by Emanuel Adler and Michael Barnett. The present instability of the region and the weak institutions unable to bring full democratization and economic growth in the illustrative case study of BiH will be explained on the basis of poor conflict management actions of both international and local actors. The main hypothesis of the article is that this perpetual instability in the entire Western Balkans region is caused by the conflict between a state-centric strategy of security building (with 3 models coming from the three ethnic communities of BiH)  and a so-called global strategy of security building  (with 3 other models proposed by UN, NATO and EU). After the Dayton Agreement BiH was caught between these intermingled local and global visions and opposing strategies (state security vs. global security) which created a serious problem for the future development of security policy-making in the entire region: which of these strategies is the most viable in order to build a security community in the Western Balkans? The conclusions of the article will focus on these both theoretical and policy oriented challenges.

State-Building Process and Nationalism in the Western Balkan (Theoretical Aspects)

The Social Capital as a Security Factor

The Balkans has been considered the melting pot of Europe for decades – a space of intersection of intensive interaction of peoples and cultures, of specific inter-ethnic dynamics and challenges, of clashes between unfinished national projects, of tensions and security challenges. Instead of peace, the collapse of communism in the end of the 20th century brought to the region security challenges, devastating wars, and some of the worst atrocities of the recent history. The process of democratization was marked by a range of opposite events – from claims for independence and armed clashes to peaceful transition, from NATO bombing to procedures for accession to NATO and EU, from economic progress to social and economic crisis. Yet, 20 years after the fundamental political changes, it seems that finally the Balkan countries have the chance to address the same goal without being in conflict – the project called the European Union. From a philosophical point of view the disintegration of Yugoslavia and the termination of the communist fellowship in the Balkans and the reunion of the countries from the region in the frameworks of the EU, can be viewed as a post-modern reconstruction of the deconstructed space. On the other hand however, this could well be regarded as a potential security challenge (this time also to the EU), since the type of socio-cultural relationships in the Balkans have not changed essentially, tensions have not been completely eradicated and some conflicts could well be regarded as in a latent phase. The type of societal structure and role of social capital has been widely ignored as security factors and mechanisms for establishing stability. It is the social contract that engages people from various backgrounds, ethnic and cultural origins and races into the same socio-political frameworks and forms the democratic civil community. When the civil identity (of an EU citizen, for example) becomes a dominant one and when the democratic values become prevalent, there would be no grounds for violent confrontations. The suggested paper focuses on the role of social capital reconstruction after an ethnic conflict (with focus on Bosnia and Herzegovina) for enabling success of the reconstruction process in general and for establishing lasting peace and stability within a region. It addresses the potential that the process of constructing the needed relevant social capital has for the future political and economic developments. The paper explores the different levels at which policy efforts should be directed in order to ensure achievement of expected outcomes. In a broader perspective, the lessons learned from the troubled reconstruction of Bosnia and Herzegovina could be applied not only to the Balkan region with regard to the EU membership, but also to the countries of the Arab world, undergoing the period of civil emancipation, as well as to newly emerging states and countries that want to establish functioning and stable democracies.