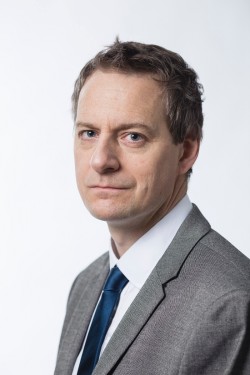 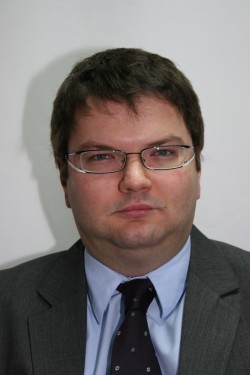 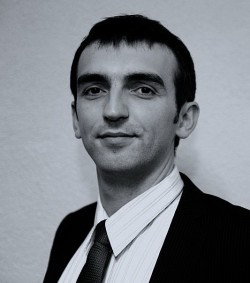 The EU Foreign Policy as Mediation: The Case of Belgrade-Pristina Dialogue

Enlargement champions point to the significant cost of non-enlargement in terms of the risk of a ‘vacuum’ building up that could rapidly be filled by other regional or extra-regional players. Various reasons, including the economic crisis, the EU’s dwindling attractiveness caused by the ever expanding accession conditions, and the declining levels of foreign direct investment in the region following the financial crisis and austerity measures, have opened up opportunities for other actors to engage with the Western Balkans, not just economically, but also politically and even strategically. In this sense, Russia and Turkey are more than keen to strengthen old regional ties and friendships. China and several Gulf states are relative newcomers to the region. Some several hundred jihadists from a number of Western Balkans countries, according to some estimates even thousands, have joined the extremist militia ISIS. Disaffected Albanian youth from Albania, Kosovo, Serbia and (FYR) Macedonia have joined ISIS, as well as Bosniaks from Serbia, Montenegro, and Bosnia and Herzegovina. The EU is no longer the only show in town.

Politicians in the Western Balkans have for a sustained period of time disagreed about the proper functioning of government institutions, engaged in fights for dominance, and taken a ‘winner takes all’ attitude at election times and beyond. Once a party wins elections, it ‘captures the state’, (mis)using public institutions and media to maximise its own influence and power ( ).  Since there is no effectively functioning system of checks and balances, political parties use clientelistic networks to sustain their party support bases. Corruption and misuse of public resources are prevalent during election times and throughout the period when a party is in power.

Fully aware of this, opposition parties attempt to win power at all costs even if their behaviour damages the national interest. EU enlargement issues are placed on the table when it suits the interests of particular political parties in the Western Balkans. A negative EU progress report is interpreted as a media coup for the opposition. As a result, on the one hand there is minimal cooperation between government and opposition parties towards passing certain laws and regulations with a view to approximation to EU standards. On the other hand, support for EU reforms is often conditional on securing demands that serve short-term party interests. Threats and boycotts of parliament or elections or state institutions have been common in the region, most notably in Albania, (FYR) Macedonia, and Bosnia and Herzegovina. Montenegro has in effect seen no alternation of power, while in Serbia a concentration of power in the hands of Prime Minister Aleksandar Vučić is increasingly evident. As governments usurp democratic consolidation and the EU enlargement perspective of the Western Balkans stalls, public confidence in further EU enlargement has begun to wane. Since 2011, it has dropped from 85 % to 79 % in in Macedonia, and it has fallen from 72 % to 61% in Montenegro.

Organised crime, large-scale migration, or even the emergence of a new conflict, comprise potential threats to the security of Europe if the Western Balkans countries’ accession is postponed or frozen. From a strategic and geopolitical point of view, the Western Balkans and the EU need to recharge the EU enlargement process through a reinvigorated accession process and strategy. However, an enhanced impetus for reform from the side of the governments in the Western Balkans is a prerequisite for the success of any continuation of the enlargement process. However strategic and geopolitically important the region may be, EU membership will not be realised unless the countries concerned undertake the necessary reforms.

On the other hand, Brussels should accept that some of the regional problems (i.e. Bosnia and Herzegovina, (FYR) Macedonia or Kosovo) will remain unresolved without the EU’s direct involvement. While peace has prevailed in these enlargement laggards, it is a fragile one. Devoid of EU accession prospects, and beyond sectarian tensions and bilateral disputes, all the Western Balkans countries face the risk of a social-economic implosion and/or authoritarian consolidation.

Politicians in the region must comprehend that the consolidation of democracy depends on elite consensus and cooperation. A critical step for successful democratisation is the transformation of divided elites into consensually unified ones through an elite settlement of basic disputes among elites.

Turkey and the European Union in Western Balkans: Strategic Partners or Competitors

Since the 1990s, Turkey and the European Union (EU) have increasingly pursued active foreign policies in Western Balkans. Establishing peace, stability, and security in this region have been among the top priorities for both the Turkish and the EU foreign policies in the post-Cold War era. Over the past few years, Turkey’s active foreign policy approach towards Western Balkans has been frequently labeled as “Neo-Ottomanism.” In an attempt to respond to the deteriorating relations with the EU (due to serious setbacks in its EU accession negotiations), Turkey has been attempting to use its soft power potential to consolidate its political, economic, and cultural influence in the region.

Against the background of Turkey’s increased self-confidence in its foreign policy in Western Balkans and its changing relations with the EU and the United States (US), the need for scholarly analyses of Turkish foreign policy in Western Balkans and its implications on transatlantic security relations has become more evident. Scholarly works exploring the motivations behind Turkish activism in the region and its implications on its relationship with the EU and the US via a conceptual framework are lacking in the literature. Therefore, my proposed conference paper fills in a very important gap in the literature, and provides a thorough, up-to-date, and theoretically grounded analysis of EU and Turkish foreign policies in Western Balkans.

The analysis in this paper draws on extensive elite interviews conducted in Turkey, the United Kingdom, Serbia, and Bosnia from 2011 to 2013. It employs “soft balancing theory,” an increasingly popular foreign policy theory developed under Realism’s balance of power theory. The paper first explores the track record of both Turkey and the EU foreign policies in the region, and asks what factors contribute to and hinder the effectiveness of Turkish and EU foreign policies in the Western Balkans. It then provides an overview of the recent developments in EU-Turkey relations, and their implications on each actor’s approach towards the Western Balkans. The paper concludes with an analysis of compatibility in the foreign policies of both actors to examine whether Turkey and the EU are regarded as strategic partners or competitors in the region.

Building Security in the Neighbourhood was one of European Security Strategy objectives. However, instead of ‘ring of stabillity’, European Union is at risk to have ‘ring of fire’ at its borders. While many non EU dependent factors have influenced such development, this contribution will focus on the one of EU external action issue that may be particularily challenging: policy coherence in the European Neighbourhood and Enlargement Policies. Policy coherence refers to the ‘synergic and systematic support towards the achievement of common objectives within and across individual policies’. It can be horizontal, i.e. coherence between EU policies,  or vertical, between an EU and Member States policies in the same sphere. What about horizontal coherence between CFSP, CSDP and Enlargement Policy in the Western Balkans? What intervention in Libya is telling us about not only vertical coherence, but also horizontal one between European Neighbourhood Policy, CSDP and EU Migration Policy? Finally,  was the signing of the Association Agreement, including the Deep and Comprehensive Free Trade Agreement with Ukraine a result of non only EU inconsistent conditionality but of overestimation of its soft power in the geopolitical game with Russia?