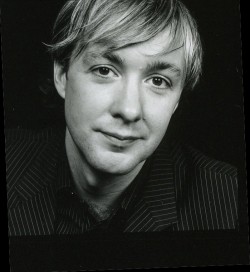 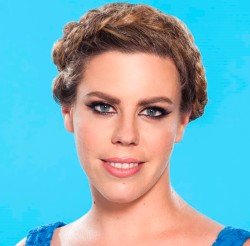 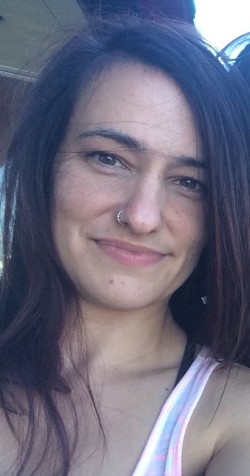 As the number of refugees recognized by the UN’s High Commissioner on Refugees swelled to over 50 million in 2015, governments around the world have taken various approaches to addressing what could only be called “a refugee crisis.” This paper explores how international human rights law concerning treatment of refugees can be undermined by bilateral readmission agreements such as the 1992 readmission agreement between Spain and Morocco. The readmission agreement, which went into full effect in 2012, requires Morocco to re-admit illegal migrants in Spain who are Moroccan nationals as well as non-Moroccan migrants who traveled via Morocco. While there is a legal exception for refugees within the agreement, refugee status is rarely afforded to people who are otherwise considered illegal migrants.  Drawing upon Jennifer Hyndman and Alison Mountz’s argument that readmission agreements violate the international norm of non-refoulement, I demonstrate that while Spain’s policy has been successful in terms of immigration control, it stands in violation of international human rights norms. I also argue against Alexander Betts’ notion that cross-issue persuasion is the key to international cooperation within the international refugee regime. The pervasive scale of the current global refugee/IDP crisis in combination with the increasing prevalence of bilateral readmission agreements requires a direct response and international cooperation must be based on accepted international norms such as non-refoulement and asylum.

Migration between a threat and an opportunity

This paper will show that migration is a complex phenomenon that cannot, as much as we would like to, be simplified and easily solved. However, the fact that it is complex should not mean unmanageable. With right information and determination, we can create policies that build resilient European societies of the future.

This paper argues that migration is not a crisis but a trend. As much as migration is seen as a pressing problem which will be solved as soon as Europe finds a mutually satisfactory solution, other indicators suggest that the concept of crisis does not capture the long-term trend of migratory moves that will probably affect Europe for decades to come.

Thus, we hardly have any choice but to try to constructively manage migration. Policy making with this goal in mind would take into account security and normative perspective, political reality and social capacity to integrate migrants, and will reflect all this against another reality – that many European countries are experiencing negative demographic trends and already have or will have a need for additional workforce in the future.

In sum, this paper will show that binary analysis of migration – security vs. human rights perspective is not productive, but rather keeps the debate paralyzed and policies reactive. We need, in face of an ongoing challenge that migration will present itself in the future, take a constructive approach which allows for flexibility and creativity in policy making.

For some time human rights law has been invoked to provide complementary protection for individuals from that provided in refugee law.  One key potential area of complementary protection concerns the extraterritorial application of the non-refoulement obligation (the obligation not to send someone back to face human rights abuse), relevant to such issues as the interception, ‘push back’ and detention of migrants, especially given the continuing challenges to the idea that the 1951 Refugee Convention applies extraterritorially. This paper explores the future potential of human rights law in this regard, addressing different aspects of this question from two contrasting standpoints.  Looking backwards, this involves constructing a holistic approach to applicability based on the sparse and highly situation-specific human rights law decisions that have been issued so far in relation to maritime interception, push-back and detention. Looking to the present/recent past, and addressing underlying policy considerations, it addresses recent challenges that have been made to the validity of this regime in the context of the migration ‘crisis’ in Europe, especially as it implicates southern European states. Such challenges include the charge that an extraterritorial obligation of non-refoulement in human rights law is incentivising people to put their lives at risk, and places disproportionate ‘burdens’ on particular ‘frontline’ states given the absence of burden-sharing obligations that would mitigate this. The paper will provide a critical evaluation of the potential futures of the human rights law non-refoulement obligation, then, by both seeking to map out the full contours of applicability based on relevant case law, and appraising this with reference to the underlying policies at issue.

The Syrian refugee crisis and its impact on the Common European Asylum System: stripping away the human rights dimension

In 2015, the year when the Common European Asylum System (CEAS) became applicable, the EU’s collective response to the Syrian refugee crisis failed to deliver on its asylum commitment, casting a serious doubt on the system’ efficiency.

Since 1999, the Member States have been developing common asylum policies, harmonising their standards, establishing institutions and funding mechanisms in order to ensure protection in line with human rights principles.  However, in 2015, faced with the humanitarian crisis of one million of asylum seekers, the Member States responded through a series of ad hoc, unilateral measures, by erecting fences, shutdown of borders, serious breaches of human rights and violation of the 1951 Geneva Convention.  The EU summits that took place in the period from April 2015 to March 2016 saw the solution in increased securitization of borders and prevention of illegal migration. The preferred answer to crisis is to keep the asylum seekers away, whether in the pre-accession countries in exchange for financial aid, or by building a processing centre in Niger.

This paper analyses the consequences brought by the Syrian refugee crisis against the background of the CEAS legislation, warning that on-going violations of asylum procedure by Member States represent a serious toll for the CEAS and risks further deterioration of human rights standards. Drawing on the four core asylum Directives, the paper will assess 40 infringement proceeding taken by the European Commission in 2015 against Member States which fail to implement the CEAS legislation. By contrasting the asylum acquis with the European Agenda on Migration, a framework document for future migration policy, and the decisions adopted at recent EU summits, this paper highlights how far the EU came in disregarding the human rights principles, from ensuring the principle of non-refoulement to guaranteeing basic protection rights for asylum seekers.