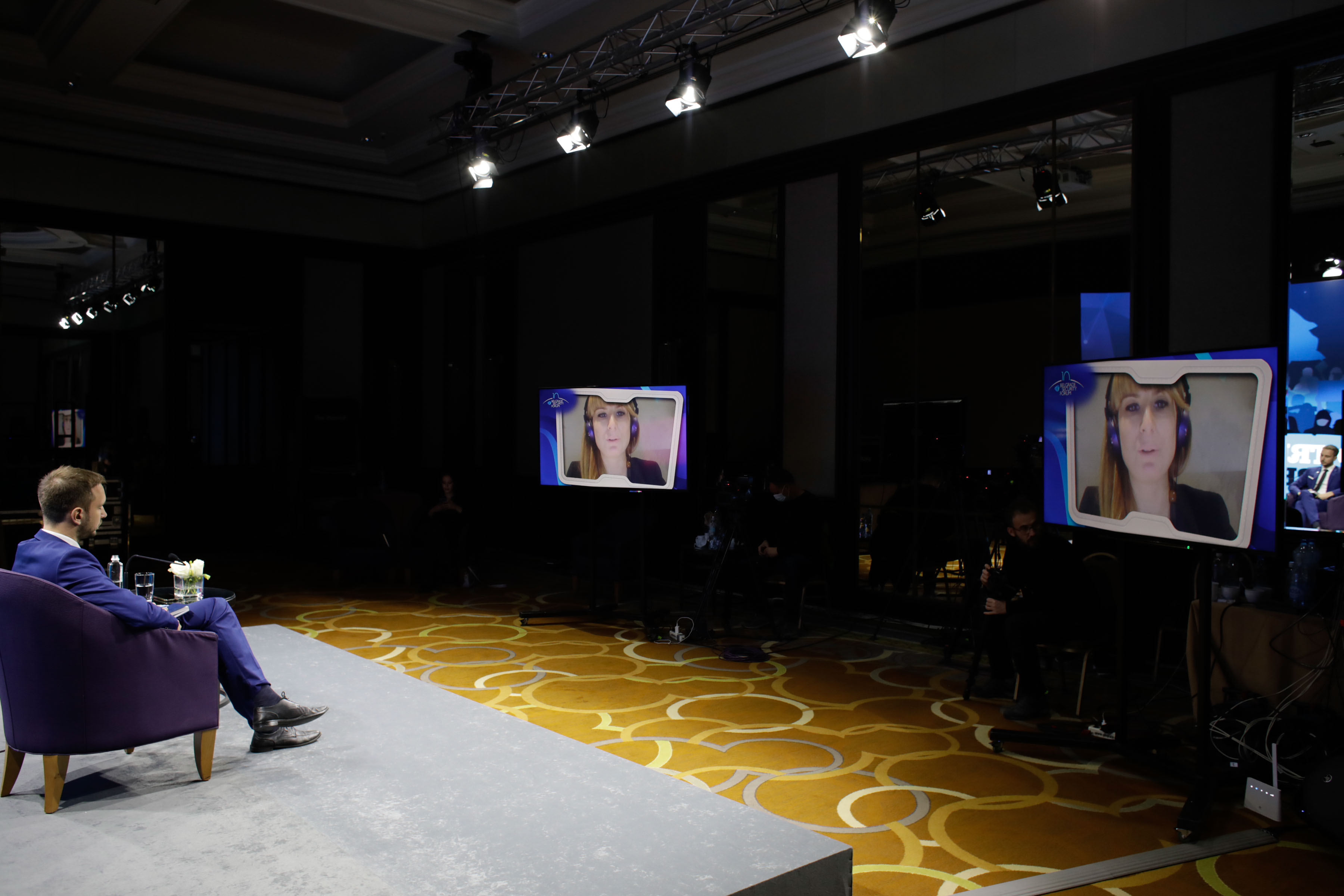 Although the Western Balkan countries have set out their accession into the EU as their key foreign policy strategy, the region appears to be still susceptible to anti-Western narratives and playing with different political agendas, coming nothing only from the exterior but often from within their own territories. The panel discussed the agendas of various external actors operating in the Western Balkans and their development and purpose, as well as their potential impact on the EU path of the countries in the region.

Florian Bieber, the Coordinator of the Balkans in Europe Policy Advisory Group BiEPAG, pointed that it would be better to use the adjective ‘illiberal’ rather than ‘anti-western’ when referring to the damaging narratives that plague the region.

These narratives need to destroy one narrative, but don’t have to offer a coherent alternative. For example, the Covid-19 deniers can ‘deny’ the existence of the virus based on their refusal of science, on some marginal opinion within scholarship, some crazy conspiracy theory, etc. The same goes for the illiberal narratives – people with different narratives are grouped together because they all agree on their opposition to the liberal democratic narrative.

He said that it was needed to distinguish between pro-western and liberal democratic or anti-western and illiberal and to think how these terms are used and by whom.

It was a simplification to talk about anti-Western narratives, said Asya Metodieva, a junior researcher at the Institute of International Relations in Prague, agreed with Bieber and emphasised that different layers of deficit of trust are critical in understanding how external actors project their power in the Western Balkans.

There is a lack of trust between citizens and local governments, then between local government and the EU, and finally among geopolitical actors competing in the region: China, the West, Russia, and Turkey.

The external actors rely on the local proxy actors to push their agendas, she said and added that external powers outsource their agendas to local actors in the region.

In doing this, all external powers use the vulnerabilities in the region, but they do it in different ways. While Russia and Turkey use a top-down approach in the construction of narratives, China uses a more bottom-up approach.

Answering the question whether the interference of other external actors may jeopardise the EU accession process of Western Balkan countries, Jasna Jelišić, Head of the Western Balkan Task Force, European External Action Service, said it was important to understand the motivations and interests of actors.

We have to think about our shared interests for the countries in the EU accession process. It would be bad if one of the external actors or the anti-liberal narratives that undermine democracy would obstruct the EU path of Western Balkan countries, because the EU is, above all, the union of democracies.

In this context, media freedom is absolutely essential and it will always be, concluded Jelišić.

Nikola Burazer, the Programme Director at the Centre for Contemporary Politics and the Executive Editor of the European Western Balkans (EWB), emphasised that the role of the internal dynamics in framing the issue of narratives. Domestic concerns and internal political dynamics are key to understand where these illiberal narratives come from.

He concluded, in agreement with Jelišić, that media freedom is fundamental in combatting this phenomenon.