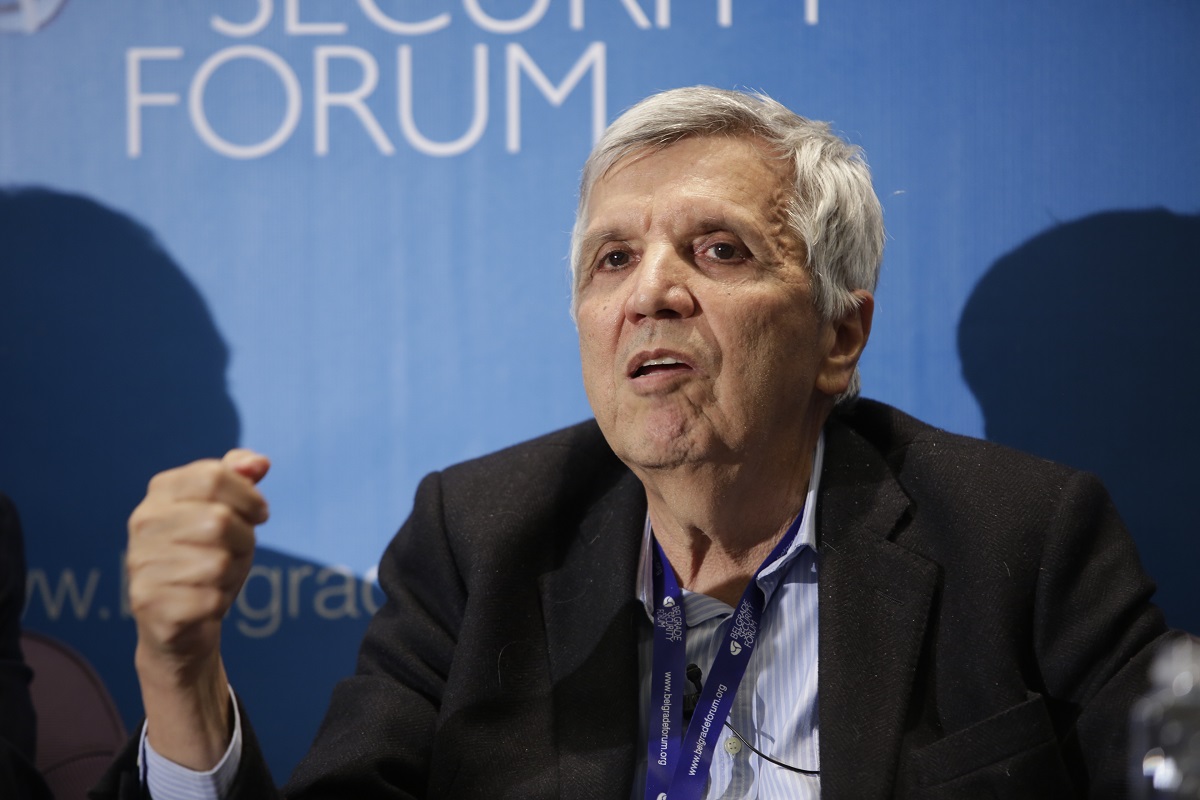 by Álvaro Vasconcelos, Former director of the European Union Institute for Security Studies

Marine Le Pen’s defeat in the French presidential elections was greeted with enormous relief in Europe. Some were quick to declare it to mark the end of the threat of populist nationalism in European Union member–states that her intervention in the presidential race seemed to have foreshadowed.  Yet it is clearly too soon to conclude that the worst is behind us, or that those who have anticipated the end of Europe were wrong, either in their analysis or in their predictions.

Nationalist populism in Europe, in short, remains a serious threat to peaceful coexistence and European integration.  Nationalist and anti-immigrant discourse won Brexit supporters their referendum in Britain last year and severely damaged the European Union. Populist nationalists are in power in Poland with Kaczyński’s PIS, and in Hungary with Viktor Orbán’s Fidesz. Trump’s election in the United States was read by the European far right and its American counterpart as evidence that the winds of history are on their side.  Indeed, in all European countries, to varying degree, nationalist trends have affirmed themselves as an alternative to the mission of overcoming the ghosts of the past, which is, after all, the main reason for the European Union’s very existence.

The specific national agendas of nationalist parties may differ from one country to the next, but they all share a hatred of Islam and a prejudice against immigrant or non-immigrant Muslims and non-Muslims alike, as well as the temptation to define national and European identities in an exclusionary manner,  usually through religion. For example, Kaczyński’s PIS, according to former Solidarity leader Adam Michnik, is a coalition of the heirs to the chauvinist, racist and anti-Semitic World War II era, defining their ideology as “fundamentalist ethnic clericalism.” Kaczyński would like this ethnic nationalism cast as the foundation for identity throughout the European Union.

For over two decades there has been an Islamic issue in Europe. There is undeniably a disturbing growth of Islamophobia, together with strong anti-immigration sentiments. Islamophobic racism is not exclusive to the discourse and practice of the far right, but has become trivialized, to use Hannah Arendt’s term, and is currently touted to varying degrees by leaders of political parties on the right and left, thus legitimizing nationalist populism.

The conviction of certain European and American politicians that the problem lies in Islam, particularly since 9/11, makes fighting the extremist currents of radical Islam even harder, because it helps conflate Muslim citizens with the perpetrators of terrorism. This inability to differentiate between Islam and violent extremism makes every Muslim into a potential threat, which is an important factor in the humiliation and radicalisation of young people. This vision of Islam has, for instance, caused many to refuse hospitality to Syrian war refugees, and led Hungarian Prime Minister Viktor Orbán to declare that behind every refugee “there may be a terrorist.”

But the distinction between Islam and fundamentalist extremism is not the only key concept here; we must also recognize the alternative and  powerful political Islamist current that rejects violence and defends democracy and equality. In the words of Rachid Ghannouchi, leader of the Ennahda party in Tunisia, “The pluralism of interpretations of Islam is the condition for the belief in political pluralism that I hold.”  However, the inability to differentiate between these two poles in the Islamist vision has led many European states to support dictatorial regimes such as the military junta in Egypt, fearing what the Islamist alternative would bring. Nationalist populism is, in short, at war with Islam, in word as in deed, and this ideological animosity explains the European far right’s fascination with Putin and their support for his scorched earth policies in Syria.

Anti-Muslim populism relies on a vast body of literature, produced by essayists in search of politically incorrect media celebrities such as the Frenchman Alain Frinkenkault, author of Identité malheureuse. One way or another, all are subsumed in Samuel Huntington’s The Clash of Civilizations (1993), which denies the Muslim world a diversity of  identities and classifies Islam as incompatible with democracy.

Nor is the United States better positioned in this drift towards the far right.  Donald Trump’s victory in the presidential elections last year showed that it was not immune to ethnic nationalism, mixing the same fear of Muslims with that of Latinos, identified by both Huntington in 1993 and Trump twenty three years later as the main threat to America’s early Protestant and Anglo-Saxon identity.

Not surprisingly, therefore, European populists see Trump as an ally, as was the case in the Brexit campaign in Britain, and more recently when he went to Poland to express his support for the government of Jarosław Kaczyński, with whom Trump shares a conviction that Christianity is the identity of the West. The Polish government understood all too well the ideological and political nature of Trump’s support. As the Polish Defence Minister Antoni Macierewicz, one of the PIS leaders, has said “Trump has shown Poland as the bulwark of European civilization, the defender of the most profound, valuable, and relevant civilizational values for Europe and the world.”

But identity issues alone did not enable the rise of conservative populist politicians. The impact of the 2008 crisis was also responsible. In the face of economic stagnation and even decline, American and European middle classes blame the so-called establishment, a neoliberal combination of political parties and big money that leave citizens no real alternative within a partisan political framework – the so-called “non-voting democracy”. By advocating radical individualism and the dismantling of the welfare state, disgruntled right-wingers directly encourage the financial capital they hold responsible for their grievances. If we want to save the European Union from populism, we need to recognize the need for deep reform, making our democratic systems more responsive and participatory, more political and less dependent on the whims of the market.

Some signs of hope are beginning to emerge in Europe, and the reaction of civil society in member states against identity nationalism appears to be bearing fruit. Angela Merkel’s response to the refugee crisis set the tone for the defence of the foundational values of the European Union; Macron’s victory in France, with a speech denouncing the trivialization of Islamophobia and racism, gave rise to the hope that the European Union could be re-founded upon clear anti-populist policy. The Commission’s decision to open a case against Poland for non-compliance with the European Treaties shows that the Union’s institutions and those of member states within it may also be more aware of the demands of Europe’s civil society.  This, I believe, will mean that the other European narrative – of diversity and multiculturalism as advantages, of social justice as a right, and of the protection of the actual power of the vote – is possible and must become the great political struggle of our time.