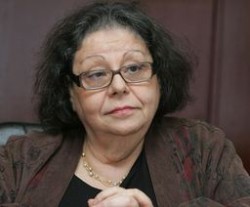 Sonja Licht is the founder and President of the Belgrade Fund for Political Excellence. The BFPE is devoted to capacity building of political, civic, media and business leaders and is a member of Council of Europe’s Network of Schools of Politics. Ms. Licht graduated with a degree in sociology from the Faculty of Philosophy of the University of Belgrade, where she also received an MA in Socio-Cultural Anthropology. She was a part of the Yugoslav dissident movement from the late sixties, and in the mid-eighties she founded numerous local and international non-governmental organisations, including a number of women’s organizations. From 1991 to 2003 she was the first Executive Director and then President of the Fund for an Open Society (Soros Foundation) in Yugoslavia (later Serbia), a major donor of a vigorous civil society. Ms. Licht is a board member of many reputable international institutions. Currently, she is the Chair of the Executive Committee of the International Centre for Democratic Transition, and member of the Advisory Boards of the Geneva Centre for the Democratic Control of Armed Forces and the Geneva Centre for Security Policy. In Serbia, she is the Chair of the Politika Newspapers, the Jefferson Institute based in Washington D.C. and Belgrade. She is also the Chair of Foreign Affairs Council of the Serbian Ministry of Foreign Affairs. Ms. Licht is a laureate of numerous international peace and human rights awards. In 2008 she received the Star of Italian Solidarity and the French Legion of Honour.