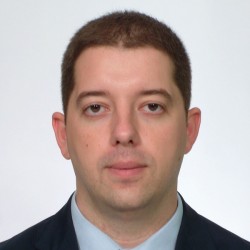 Marko Đurić is Foreign Policy Advisor to the President of the Republic of Serbia. Previously he was among the founding members of the Serbian Progressive Party (SPP), and also a Coordinator of the SPP foreign policy team, a member of the SPP main board, SPP Legal team coordinator and assistant to the Deputy President. In 2011 he was a researcher at the Institute for Political Studies. He organized and chaired a public panel discussion (“The Stabilisation and Association Agreement with the EU – Legal Dilemmas”) at the University of Belgrade’s Law Faculty, which brought together professors, experts and decision makers from various fields, including government ministers and the Prime Minister of the time. Djurić also organized a conference on the final status of Kosovo at the University of Belgrade’s Law Faculty (“Kosovo and Metohija as a Global Problem”), which brought scholars and students from 40 countries to Belgrade as well as decision makers and diplomats from various sides, attracting the attention of the international media. It also featured a very attractive teleconference between American, Russian and Serbian foreign policy decision makers, the first ever for the University of Belgrade. Djurić completed his undergraduate studies in law at the University of Belgrade’s Faculty of Law, following which he undertook graduate studies in law at the Faculty of Law of Novi Sad’s Commercial Academy. He speaks English, Hebrew and French.

All session by Marko Đurić