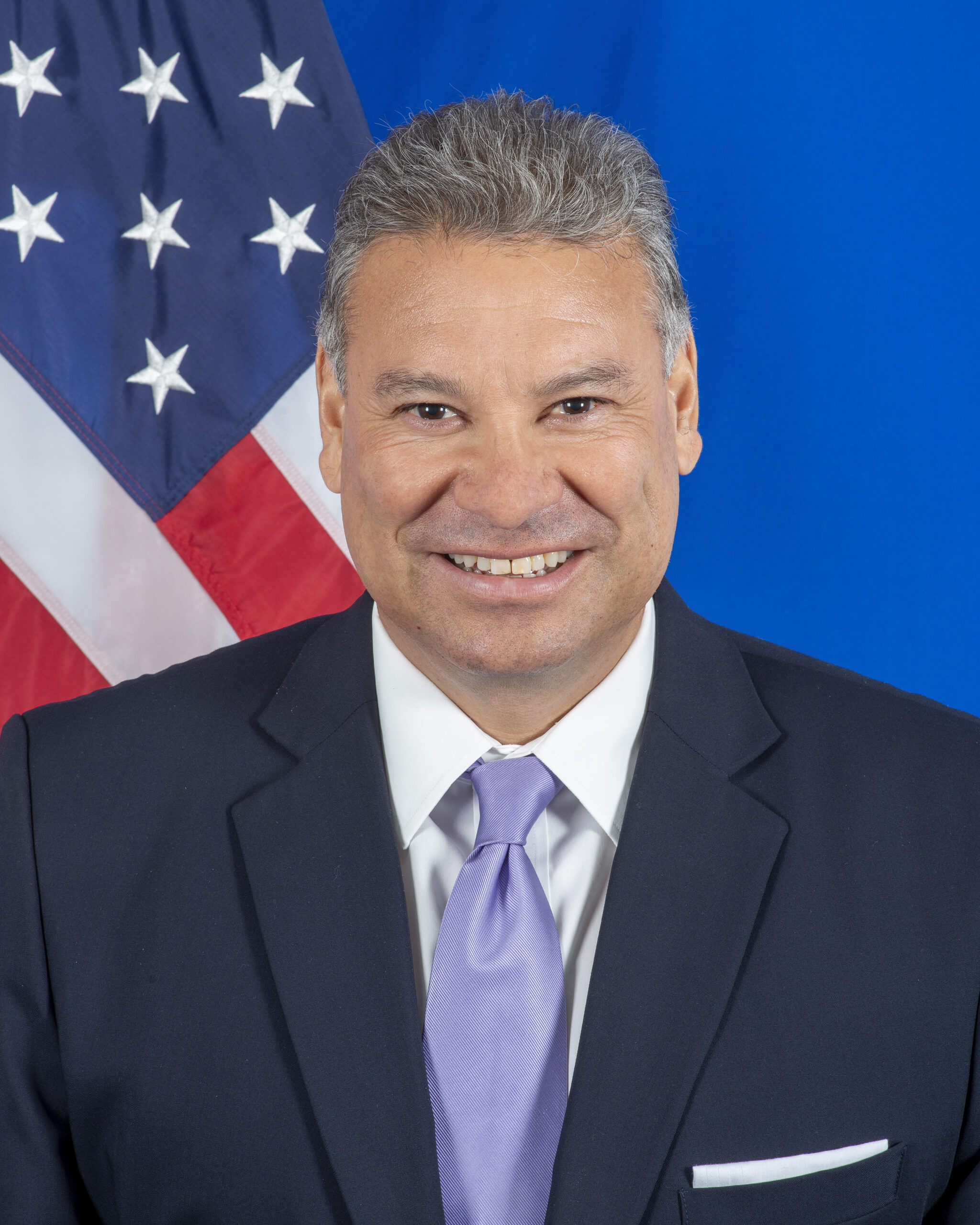 Gabriel Escobar is the Deputy Assistant Secretary of State for European Affairs responsible for the South Central European (SCE) portfolio and the Press and Public Diplomacy (PPD) portfolio.  His prior leadership positions include Deputy Chief of Mission to Belgrade, Minister Counselor for Economic Affairs at U.S. Embassy Baghdad, Coordinator for Cuban Affairs in the Department of State’s Bureau of Western Hemisphere Affairs, the Deputy Chief of Mission at the U.S. Embassy in La Paz, Bolivia, Consul General at the U.S. Consulate General in Peshawar, Pakistan, and Team Leader of the U.S. Provincial Reconstruction Team in Kirkuk, Iraq.

From 1998-2001, Escobar completed four consecutive tours in the former Yugoslavia, including serving as the Chief of Staff for the Office of the High Representative in Banja Luka, Bosnia and Herzegovina, the Head of the Embassy Branch Office in Banja Luka, the Deputy Head of the U.S. Diplomatic Liaison Team in Podgorica, and Political Unit Chief in Belgrade shortly after the U.S. Embassy reopened in 2001.  In the Bureau of European Affairs, Escobar has served as the Counselor for Political and Economic Affairs at the U.S. Embassy in Lisbon, Deputy Political Counselor in Rome, and Political-Military Officer in Prague, and Vice-Consul in Moscow.

A career diplomat, he has been awarded the State Department’s Superior Honor Award six times and the Meritorious Honor Award once.  He has also been awarded the Department of State’s Expeditionary Service Award and the Department of the Army Superior Civilian Service Award.  Escobar is a graduate of Columbia University in New York and speaks Spanish, Russian, Italian, Serbian, Czech, and Portuguese.

All session by Gabriel Escobar