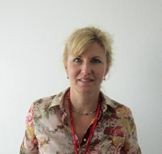 Erika Kvapilova is Regional Programme Director for UN Women Central and Eastern Europe in Bratislava. In 2005 she joined UNIFEM (UN Women as of July 2010) as a Programme Specialist and as of 2009 she has been appointed at the current position. Her work experience spans a variety of Slovakian research institutions at which she held senior positions: Senior Research Fellow at the University of Economics in Bratislava, Faculty of National Economy (2004-2005); Director of the Bratislava Centre for Family Studies (2000-2004); Director of the Bratislava International Centre for Family Studies and advisor to the State Secretary of the Ministry of Labour, Social Affairs and Family on gender equality and reconciliation of work and family life (2000-2003); and Senior Research Fellow at the Institute for Forecasting of the Slovak Academy of Sciences (1990-2000), etc. Kvapilova has more than 15 years experience in social research, including welfare state and transformation of social security systems in Central and Eastern Europe, gender equality issues with focus on women’s rights and gender equality at work place and within social security systems as well as covering issues of women’s political participation. She is the author of numerous articles and other publications covering the above topics. Kvapilova has received doctoral degrees from the Faculty of Philosophy at the Comenius University in Bratislava.

All session by Erika Kvapilová