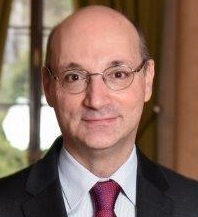 Frédéric Mondoloni was born on September 23, 1971. He graduated from the Institute of Political Sciences of Paris and the National School of Administration in 1998.

From 2017 to 2019, ambassador Mondoloni served as Ambassador extraordinary and plenipotentiary of the French Republic to Serbia. In July 2019, he was appointed director of the Directorate for Continental Europe, which covers Russia, Ukraine, Belarus, Moldova, Central Asia, the Caucasus and the Western Balkans.

All session by Amb. Frédéric Mondoloni