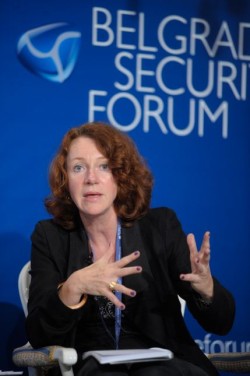 “It’s time to think about the EU’s core and surroundings together in a broad strategic vision for the EU as a whole. The problem is that deepening and widening have been out of sync for some time. The EU cannot deepen at 27, nor can it enlarge in its current state. Therefore, the idea of creating a core of Eurobond countries, which develop deeper political and economic bonds in a way that is subsequently attractive to the states of the outer circle, has some charm. Such a concerted round of ‘deepening’ must occur before enlargement can again be considered, including in the Balkans”, Ms. Ulrike Guérot, Senior Research Fellow and Head of the Berlin Office of the European Council on Foreign Relations wrote on ECFR’s blog after attendance at the First Belgrade Security Forum. 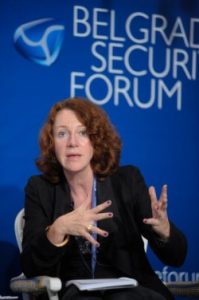 Ms. Guérot stated that now “economy is the new security in the EU”, but in Belgrade, by contrast, “security is still security – be it hard or soft – in a way the European West has forgotten about”.

She wrote that “the EU should move beyond wait-and-see politics”, as the promise of EU integration is the political glue that holds the Balkans together – but only if the promise is tangible and clear”. Because the Berlin is now seen in the region as new Brussels, she presumes that it is “time for Germany to draw attention to the Balkans again, but also to link them to the ongoing euro crisis”.

“If the latter eventually leads to a core or two-speed Europe, the region surrounding this ‘core’ will also need to be shaped. Yet at present, the Balkans are not even an outer circle, but a blank within EU thinking”, Ms. Guérot concluded.