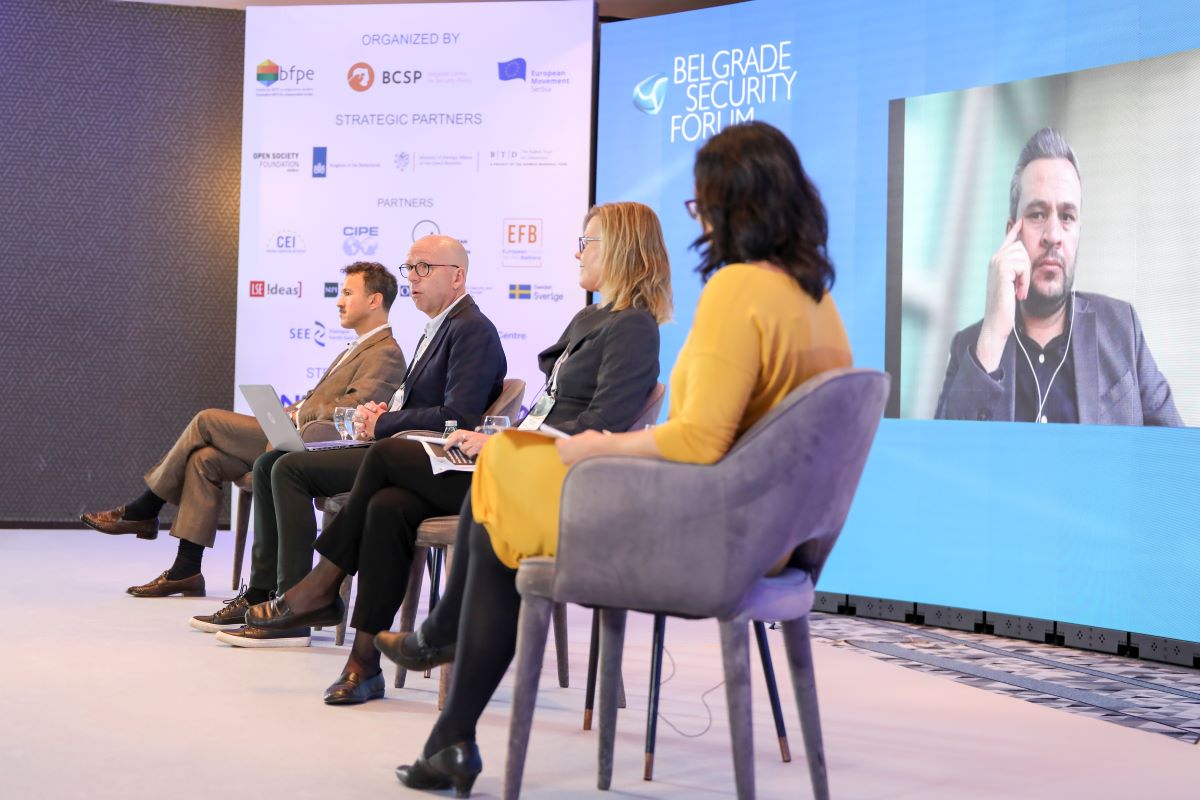 At the third Academic Panel Ms. Ann-Kristin Jonasson, Senior Lecturer at the Department of Political Science of the University of Gothenburg examined EU strategy against terrorism in the Middle East, based on democracy promotion and resilience, which is a soft approach. Inclusion and social justice are necessary to strengthen democracy. However, this process is often misused and brings increased, which happens because people easily forget what democracy actually is. In her conclusion, Ms. Jonasson said that democracy might have counter-productive consequences and that EU should prioritize democracy build-up. She added that only true democracies, the ones that are not subordinated to security, can have a proper effect on regulating terrorism.

Research professor at NUPI, Mr. Morten Boas, pointed out that studies of extremism usually examine manifestations of violence, while disregarding existing local resilience. He examined the similarities and differences between regions of MENA and the Western Balkans. While both regions have enabling environments, they are constrained by poverty, and have victims of internal and external shocks. But the Western Balkans is the region that is exporting extremist violence, which is partly enabled through weak institutions and constrained economic needs of the people.

Mr. Umut Korkut, Professor of International Politics at Glasgow Caledonian University emphasized the need for creating tools for the study of extremism. He said that, since feelings of injustice are key for radicalization, national framework of justice is of upmost importance for understanding radicalization. Mr. Korkut enlisted polarization, alienation and internalization of foreign conflicts as catalysators of radicalization.

Research Fellow at Middle East Research Institute, Mr. Kamaran Palani, stated that institutional framework, local context and security structure are important for understanding violent extremism. Kurdistan after 2003 is a significant example of resilience to extremism, where extremism was prevented due to lack of charismatic leaders, high level of trust between security forces and population and limited space for religious extremism.