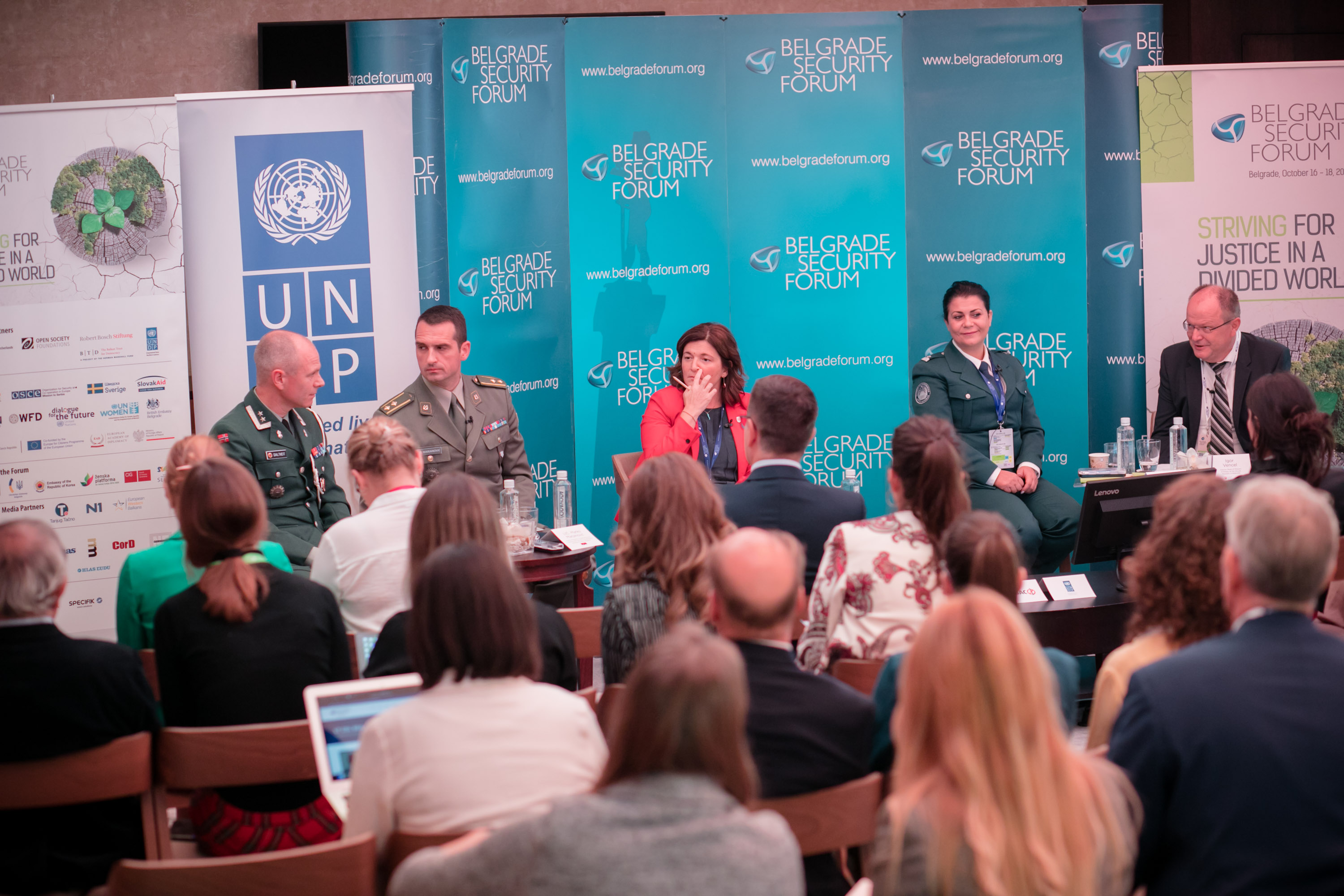 All panelist at side event Women in Security Sector Reform – Promoting Inclusion of Women in Crisis Management Missions agreed: promoting inclusion of women in international crisis management missions and military action would contribute to effectiveness, credibility and legitimacy of these security sector institutions. What the panel attempted to figure out is how exactly to implement these ideas into practice.

SGM Marijana Simonovska Trajkoska, Battalion Master Sergeant, Military Medical Center, offered arguments that gender balance in missions is important because it increases operational success of as well as effectiveness of missions and operations.

“Mixed training teams do not only teach skill, they also showcase patterns of behavior, for example, how a male team leader should treat his female colleagues on patrol or when making decisions,” she explained.

It is toxic masculine behavior that leads to contest among men and the reason men cannot accept that women can do the same job as them and perform just as well. Trajkoska highlighted the importance of female leadership positions who serve as a role model for women. Women leaders are also more likely to be less tolerant of discrimination and sexual harassment. They can greatly contribute to creating a safer environment in which women working in the missions can feel more comfortable to speak out on such issues of harassment.

Lt Col Marko Marjanović, Head of Planning, Coordinating and Tracking Cell in the SAF Peacekeeping Operations Center, Belgrade, addressed the common belief that women cannot be soldiers because they are not as strong as men.

“Not even all man can do what soldiers can”, he noted. As a main problem in implementing gender perspective in military Marjanović singled out the fact that advocates for gender equality often come from outside. For those ideas to be accepted someone from within should present it to soldiers.

“Men in military should advocate for women rights just as much as other women,” he insisted.

Lt Col Egil Daltveit, Norwegian Defence Attaché in Belgrade, firstly focused on the question of why we need more women in armed forces. “It’s in the best interest of armed forces”, he put it simply. “A single person can’t work alone, we only function as a team.” Dalveit then went further into explaining how the best teams are not the ones where everybody has the same abilities, everybody thinks the same etc. The best, most effective teams are the ones where people are different from each other. While discussing sexual harassment happening to women in armed forces he explained how it would probably continue to happen because military is just a reflection of the society but we must not continue to tolerate it.

“If we allow this, we allow our combat power to be weakened,” Dalveit concluded.

Denise Mazzolani, Deputy Head, Strategic Police Matters Unit, OSCE Transnational Threats Department, focused on how to get more women engaged. She presented a survey about challenges women in military face and the results were worrisome.

“If you have a manager that does not tolerate sexism – you’re lucky”, Mazzolani stated stressing that many women are forced to resign when exposed to such toxic work environment.