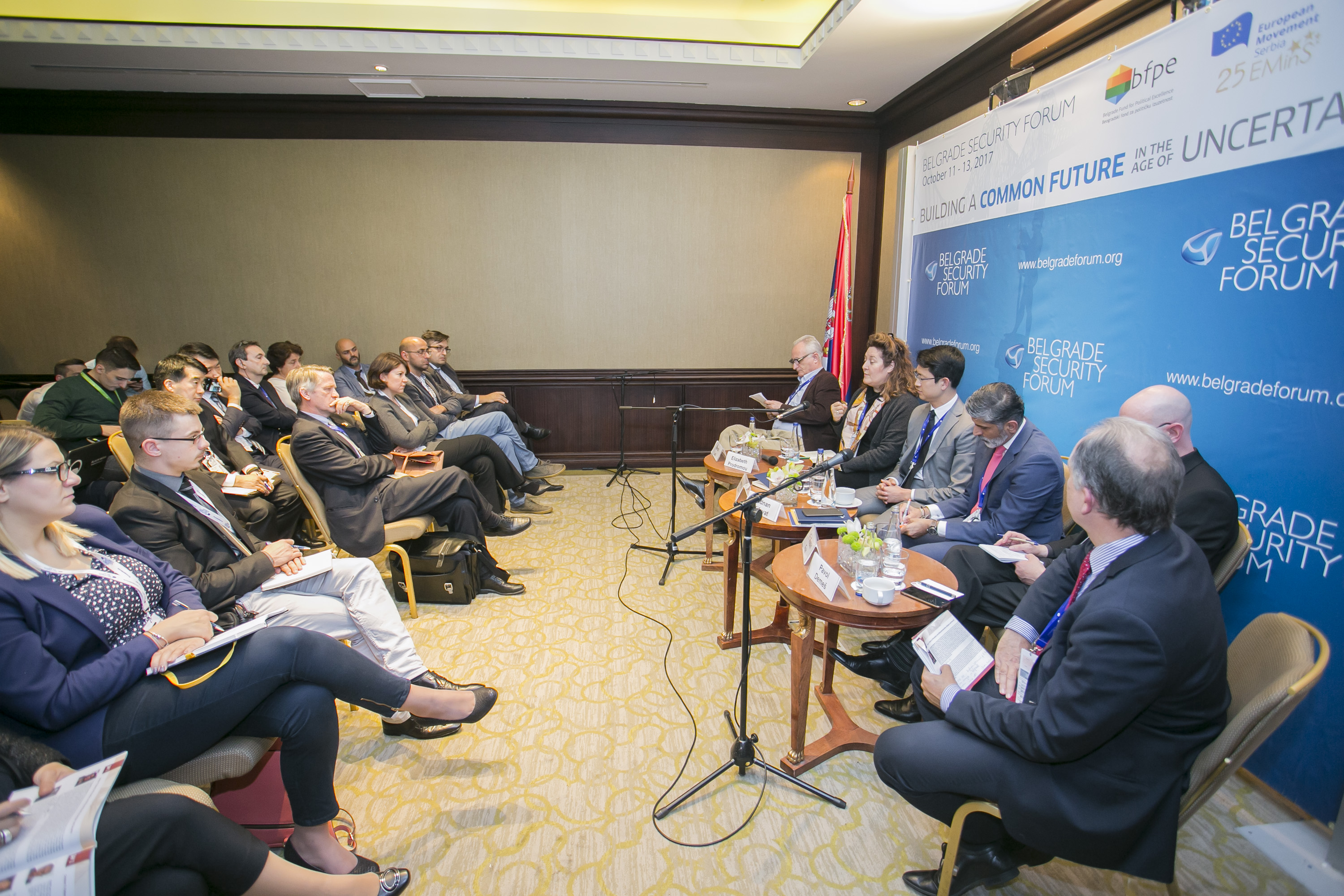 The session “Patters of Perception and Misunderstanding: Religion and Security”  started off rather interesting with the moderator Pavol Demeš asking people in the audience to raise hands if they believe religious leaders could contribute to harmony in the world. Not many hands were up. When he asked the opposite the result was the same. People were not sure how security and religion were connected but by the end of the panel, the panelists had us convinced how vital religion is for security.

As a person who worked in the USA government Adnan Kifayat was confident to say it is dangerous to have government involved in say which religious leader is valid. He talked about how critical perception is, underlining the way Muslims see and perceive themselves when compared with how others see and perceive them. Kifayat believes online media has in great deal shaped these perceptions especially with young people. When talking about the content people can come across while searching the internet, he stated it is difficult to say who is the right messenger, who should deliver the content.

Elizabeth Prodromou asked everyone to rethink the relationship between religion and security. “Religion plays a big role in security”, she said, but then added how there have been changes between the old knowledge framework and the new one. People used to believe that “lots of religion equals little security” and that is exactly the kind of thinking we need to leave behind. Prodromou stressed that stable security environment can not exist if there is no protection of freedom of confession.

Hyun Jin Choi provided us with a more academic perspective on the subject. He expressed his opinion that religious tolerance and religious understanding as policies can be bad politics. His key idea is that religious hatred is provoked by secular leaders that want stable reign and gave the examples or Syria and Myanmar. “The logic of non-democracy is based on exclusion and discrimination”, he stated, naming ethnicity, race and religion play as those who play a big role in that discrimination. “This is how politics promotes religious hatred”, he told us, raising a question how to make religion less useful to politic leaders.

Remzi Lani began by telling a story about his multi religious family to prove that, contrary to the popular belief, identity of Albanians is not based in religion. “Government is separate from religion”,he said, knowing that his country is often described as a Muslim country which he finds “problematic” and “dangerous”. While talking about his country Lani stated his observation that environment in Albania is becoming more intolerant and it’s affecting democracy. As a proof there is a division between the mainstream media which is politically correct and the media that is full of religious hatred.

“There is a value in being seen as a religious institution that doesn’t have radical forms”, Fr Robin Fox stated upon mention of radicalization and extremism. He believes, this was the reason why the church in England is freer to speak against the system than other religious institutions. In his opening statement Fox stressed the need for education and religious literacy because “religious language has fallen out of public discourse.” He believes that it is needed to teach people literacy of their fate, but also to understand other religions. “Bringing communities together is vital, important and that is how you combat extremism”, he concluded. 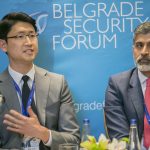 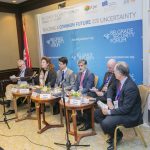 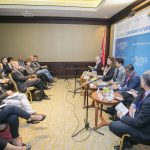 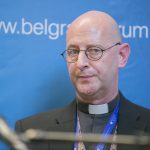 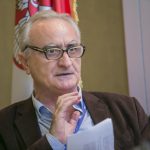 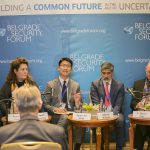 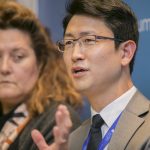 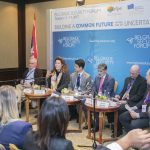