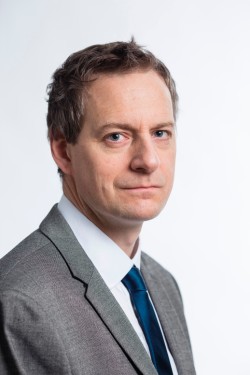 The question posed by this year’s Belgrade Security Forum is an important one: the pressure on democratic institutions are felt worldwide. Many of these pressures can rightly be described as disorders: Global migration, state collapse in the Middle East and Central Africa, the violent terror of the IS, and climate change are some of these disorders that are challenging to respond to. In worst case they may threaten to undermine our democratic institutions as well. 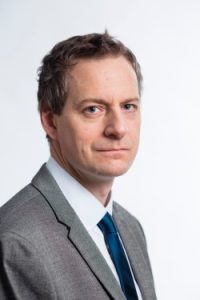 Democracies are primarily national – while these challenges are global. Politicians usually do not get re-elected by trying to resolve them.  They are therefore hesitant to send a young generation of soldiers into war zones in other parts of the world to restore order – particularly when it is far from certain that such missions can succeed. As a result the war in Syria lingers on, while the consequences reach us in the form of refugees and terrorists. We choose to try do deal with the effects rather than the source.

Another challenge which cannot be resolved nationally is the global economic downturn – from the financial crisis and the Euro crisis until today. Production, trade and exchanges require functional international regimes, agreements and regulation. National politicians can only resolve this internationally – and the results may emerge long after the next election.

These and other challenges are crying for internationally agreed responses, on European and other regional levels as well as on the global level. Since the international structures we have established to cope with this, the EU, the UN, the World Bank and others, not come across as very successful, people are rightly upset. Some of this response is healthy from a democratic point of view: the EU political systems have not proven very adaptive and efficient recently. Bureaucratic foot-dragging, internal struggles between the Commission and the Council, combined with the tight fiscal austerity, have unsurprisingly angered people. Support for alternative voices are natural when the system fails to deliver what is expected.

But the introvert trend we see all over the Western hemisphere is something else: the rise of national parties, rise of xenophobia, rise of fences, protectionism and anti-globalization are not offering solutions for the future, only an escape from the realities.

These were strong words. But necessary. There is a need for reform of the EU. The question is if politicians are willing to, as they not are being rewarded for being courageous, strategic and visionary on the international stage. The EU has survived many crises before, and is likely to survive also this one. But it requires leadership and statesmanship. Currently it seems Angela Merkel is the only leader in Europe with such qualities. And her position is not rock solid either in the run-up to next years’ elections.

As this wasn’t enough, democracies are also facing disorder imposed upon us from the non-democratic world. This applies not only to the IS and other terrorist organizations, but also from authoritarian anti-democratic forces such as Putin’s Russia. The Putin regime feels threatened by the very values that makes democracy viable: freedom of speech, opposition and critique; minority rights; freedom of association and civil society; rule of law and economic freedom. Its strategy towards Europe seems to be “divide and rule”, undermining cohesion and political unity, support for extreme parties, planting of lies in the media, etc.  A protracted low-level conflict with the democratic West seems to be preferred over finding solutions. This is unfortunate, and certainly not in the long term interest of the Russian people.

These challenges are also felt in South East Europe. Countries in this region is struggling to get on. It has become an arena of Russian “divide and rule” policies, while a weakened and self-absorbed EU no longer is the engine for democratization it used to be. As European visions and strategies are replaced with a day-to-day survival mode, enlargement will likely suffer. Anything associated with additional burdens will be avoided by European leaders. But do the EU-candidates in the Balkans need to represent an additional burden? Could they be part of the solution instead? It is possible, but it will not be easy.

The past is still pulling the hand-break in the Balkans, even if other forces step on the speed pedal. Political and economic structures are not fully tuned for the future. Political systems still tend to reward nepotistic and patrimonial structures; being elected to public office comes with an expectation of reward by jobs and contracts to your cronies. This undermines public efficiency, hampers economic growth and reform. And it is at stark odds with what the digitalized future will require. Online solutions will replace much of today’s public sector, and only those countries that adapts to this will be able to generate growth and prosperity. But voters and politicians often tend to be preoccupied with symbolism and smaller questions rather than preparing their countries for the future.  This makes the Balkan countries even more vulnerable to the global disorders. The political and public sectors lack tools and resources to respond, not to mention to contribute with European and international solutions. Continued reform and democratization is therefore crucial.

However, the strategic vision in the Balkans could be higher than just to comply with the Aquis and meet the criteria for EU membership. The candidate countries could aim at offering new ideas and solutions for a revised Union. Instead of waiting for the reforms Junker has announced, they could engage actively in both implementing and expanding them. Somebody who offer solutions are much more attractive than somebody who just adapts to the existing ones. This is by no mean easy, but the Balkan countries have also experienced tougher times and more radical change than most other contemporary Europeans. The founding fathers of the European integration were doing it to avoid future wars. The current generations in Europe tend to take peace for grated and thereby lose touch with this strategic vision. The Balkan countries however, remember. The people know what matters most to them, and what they certainly want to avoid. Visionary leaders in the Balkans, both from civil society and politics, with a perspective beyond own borders may therefore have much to offer Europe.

Global disorder will only undermine democracy if we allow it to. And democracy is still much better equipped to deal with these challenges than authoritarian alternatives. The main arena for democratic exchange and conflict resolution is likely to continue to be the national one, but it needs to offer solutions also on the international level. If not, neither will survive.