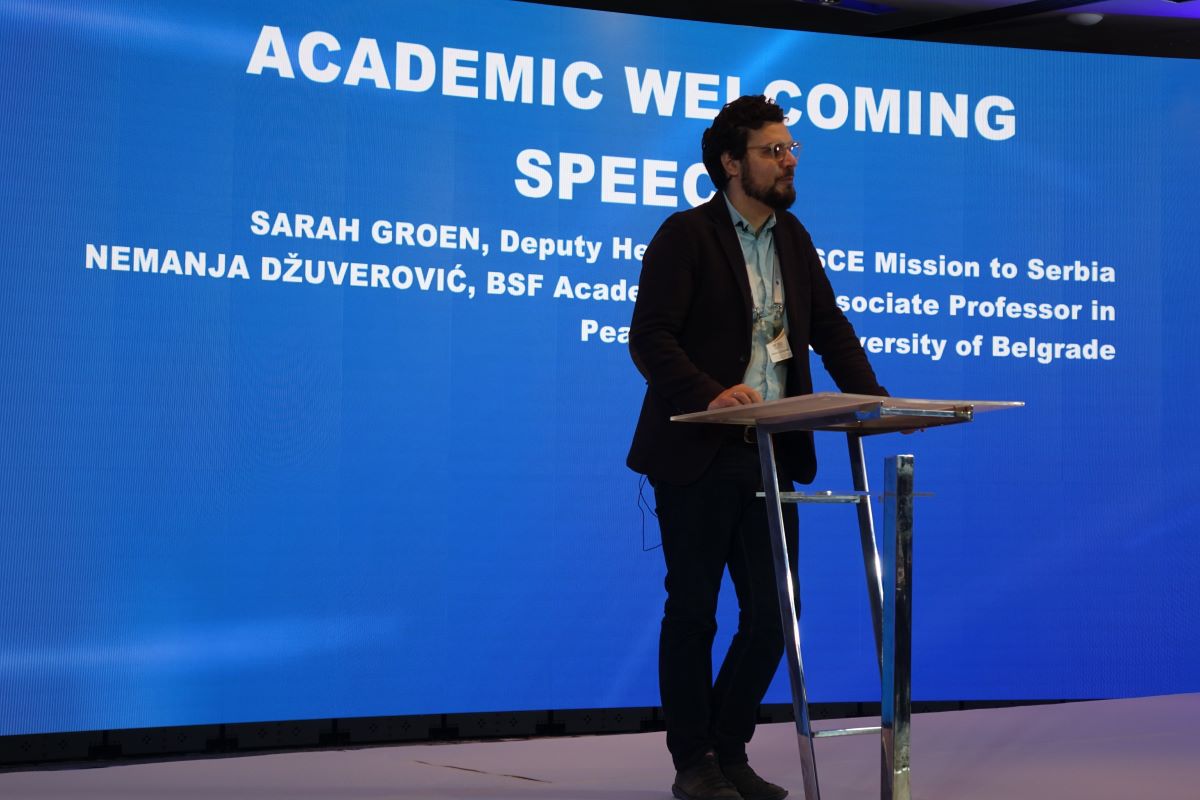 Deputy Head of the OSCE Mission to Serbia Ms. Sarah Groen opened Academic event of the 11th Belgrade Security Forum. In her opening statement she pointed out that development of inclusive security and active engagement of young people in security sector are of extreme importance.

“Gender equality and inclusivity in security sector are non-optional”, said Sarah Groen. She also emphasized that it is important to strengthen the civil sector and to encourage dialogue between civil society and governments.

Mr. Peter Neumann, Professor of Security Studies at the King’s College London was Keynote Speaker during Academic Event. He spoke about jihadism on the crossroad, pose the question what is the biggest threat jihadism or far-right putting it in the context of political polarization and political violence.

“Experts in the field recognize either far-right or jihadism as the most significant structural threat for the Europe during the next five years. But, this question is often used as a political football”, Peter Neumann pointed out.

He concluded that the fragmentation of the ideology is inevitable due to rise of pick and choose ideology. Mr. Neumann pointed out that we are witnessing the post- pandemic terrorism adding that we are living in times that are interesting for researches, but potentially disastrous for the world.